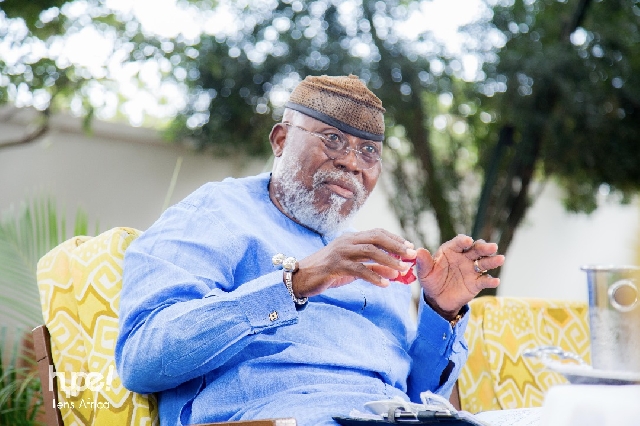 President Nana Akufo-Addo is no more a democrat, a member of the governing New Patriotic Party, Dr Nyaho Nyaho-Tamakloe, has observed.

“He used to be [a democrat] but not what is happening now”, he told Felicity Naana Nelson on Class 91.3FM’s Straight Talk programme, emphasising: “No, no, no, no. I’ll not put him among the democrats at all”.

Dr Nyaho-Tamakloe, who is currently on suspension from the party, said: “I’ve been with Akufo-Addo for many years, I knew him to be a democrat but those credentials, I don’t see them anymore. I don’t”.

Adducing evidence to back his observation, the retired army man and medical doctor said: “A leader of a political party is a very important person”, pointing out that: “He was the leader of the party when these gentlemen [Paul Afoko – former Chairman; Kwabena Agyepong – former General Secretary; and Sammy Crabbe – former Second Vice-Chair of the NPP] were kicked out of the party and I put all the blame on him because if he had said ‘no’, if he had put his foot down and said: ‘No, what you’re doing is not democratic’, they wouldn’t have done it”.

The three men were suspended from the party in the lead-up to the last general election with reason that they were conspiring against the electoral victory of the then-presidential candidate.