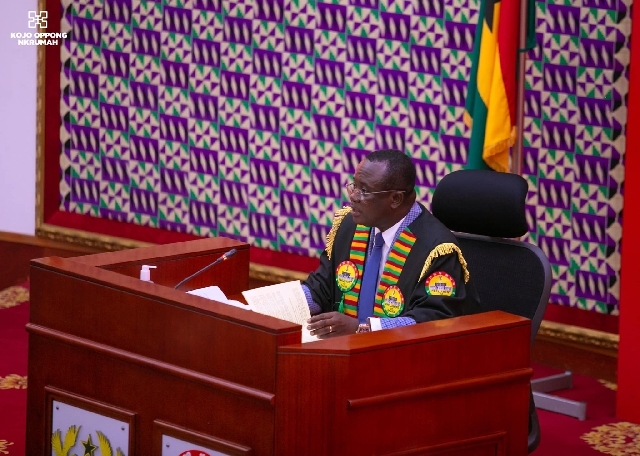 The First Deputy Speaker of Parliament, Mr Joseph Osei-Owusu, has thrown out the Minority caucus’ motion that sought to quash the approval of the 2022 budget by the Majority caucus.

The Majority caucus, on Tuesday, 30 November 2021, approved the 2022 budget without the Minority caucus, who have argued that the move was unconstitutional because the required 138 quorum was lacking at the time.

In parliament today, Wednesday, 1 December 2021, Minority Leader Haruna Iddrisu moved a motion for the Speaker to rescind the decision to approve the budget.

But First Deputy Speaker, Joseph Osei-Owusu, who presided over the business of the house in the stead of Speaker Alban Bagbin, who is Dubai for a medical review, threw the Minority’s motion out.

He argued that a Deputy Speaker could not be described as a speaker hence, the arguments being made by the Minority that the number of MPs in the chamber during the approval of the budget was not enough could not hold water.

“When the Speaker is not around, either of us can preside, so, like any other member, that member does not lose his right of being a member of the house.”

Unhappy with the ruling, Asawase MP Mubarak Muntaka stood on his feet and angrily shouted: "You're not the Speaker and cannot make a determination".

This resulted in a near brawl as some Minority MPs rushed onto Mr Osei-Owusu but the marshals intervened.

He then suspended sitting for an hour.