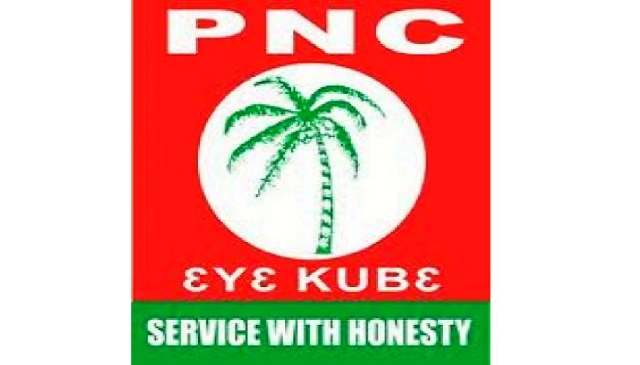 The People’s National Convention (PNC) has sued the party’s 2020 flag bearer Mr David Apesera and Moses Dani Baah, the party's chairman, at an Accra High Court over their alleged misappropriation of some GHS1.7 million belonging to the party's kitty.

The party is also praying the court to recover some GHS150,000 withdrawn from its SG-SSB account by Mr Apesera and Mr Dani Baah.

The party, in addition, wants interest on the GHS150,000 at the prevailing commercial rate from the date of the withdrawal to the date of final payment.

The PNC further wants a court order, restraining Mr Apesera and Dani Baah from holding themselves as leader and chairman of the party, respectively. 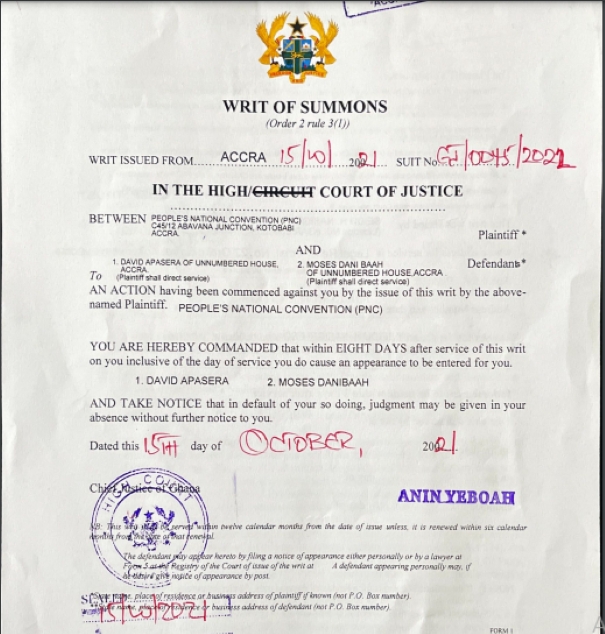 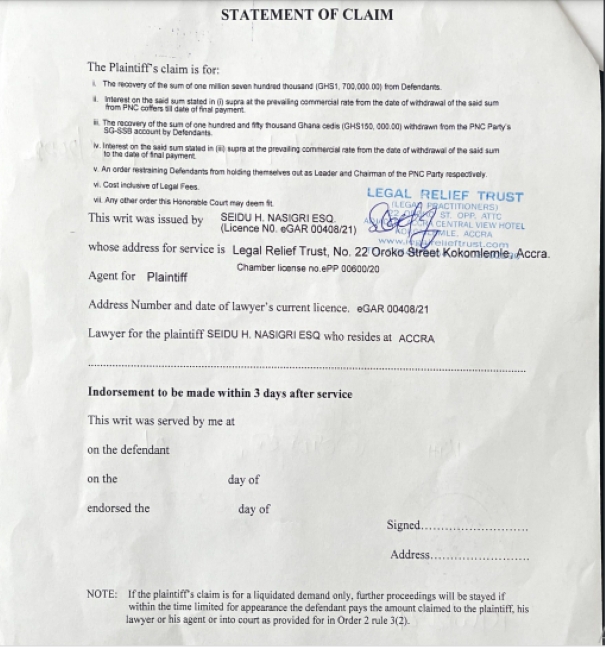 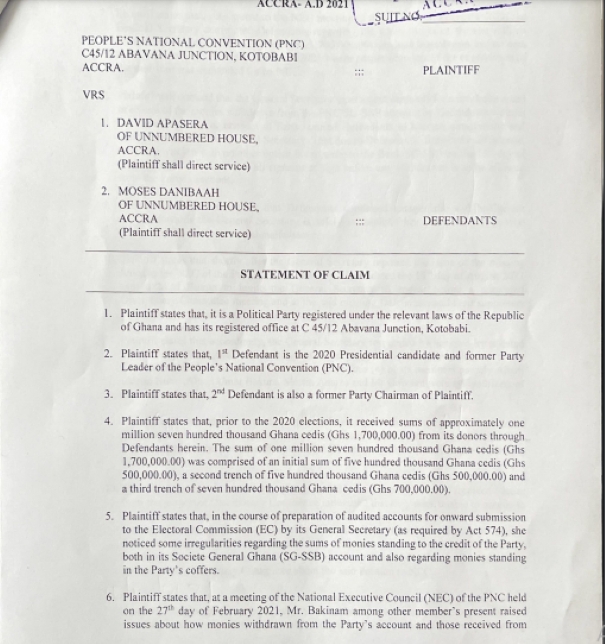 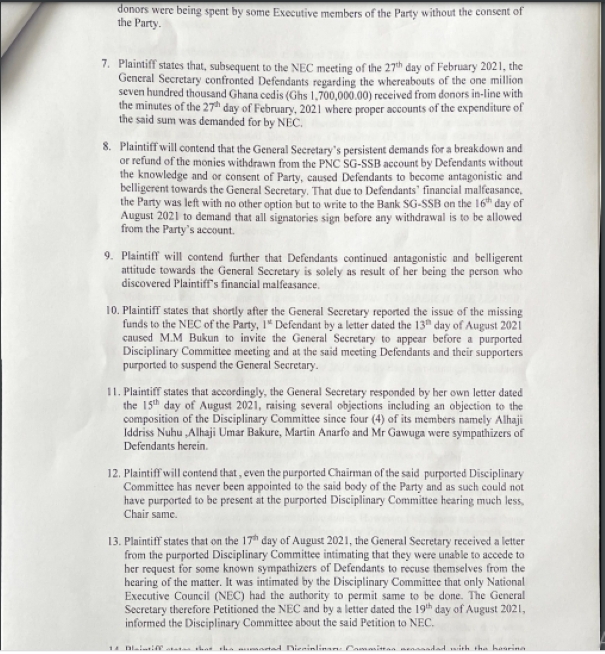 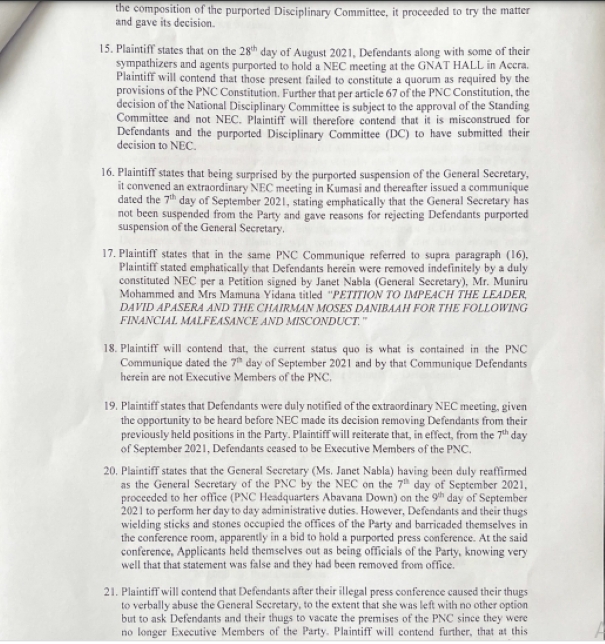 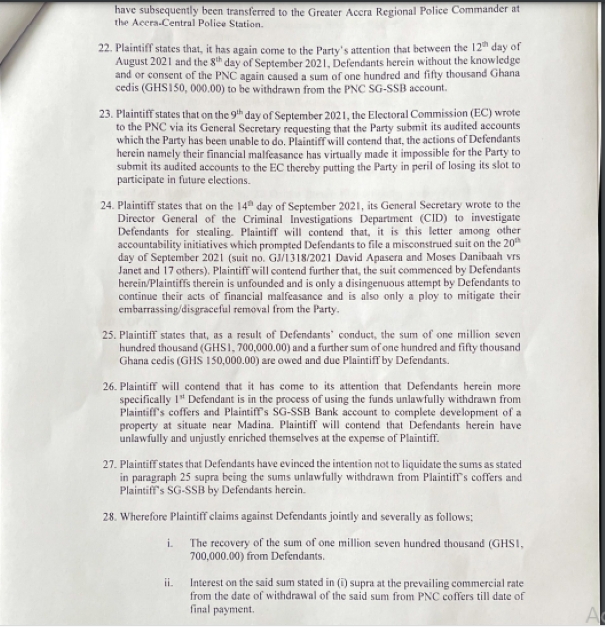 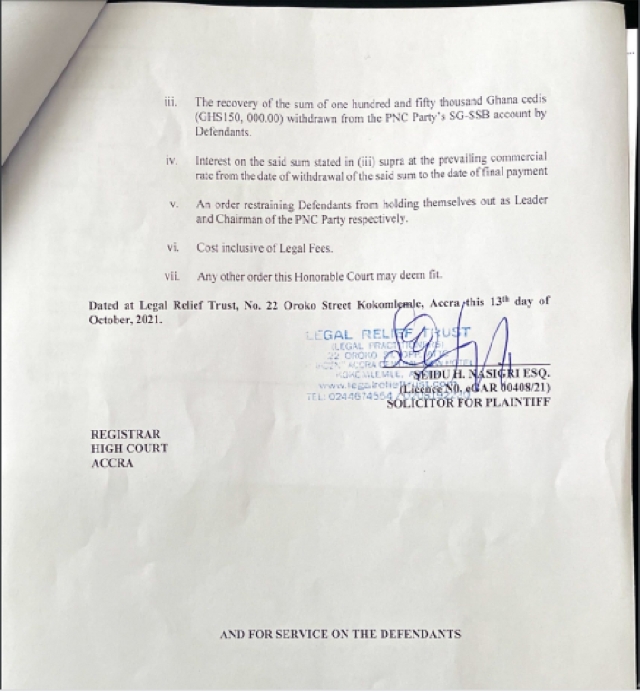