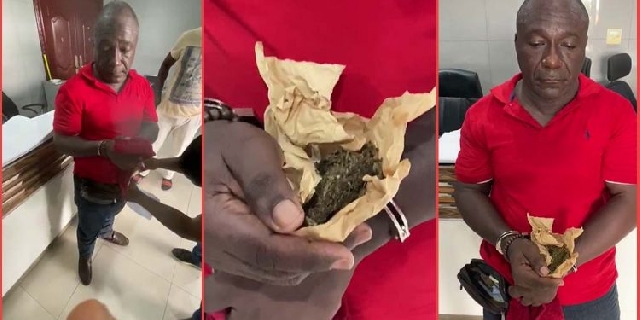 A 56-year-old pastor who threatened to kill the Chairperson of the Electoral Commission has tested positive for cannabis and tramadol, according to the police.

He had cannabis in his possession as of the time of his arrest.

The Apostle was picked up in his house in the early hours of Tuesday, 9 June 2020.

The pastor, during a Facebook Live church service streamed on Sunday, served a strong warning to the EC boss to stop the compilation of the new register.

He said if the register is allowed to be changed, the EC Chairperson will die, adding that Ghana will not allow a small family to dictate to the nation.

The pastor said should the EC Chairperson attempt compiling a new electoral roll, she will die at 12 mid-day without indicating the day.