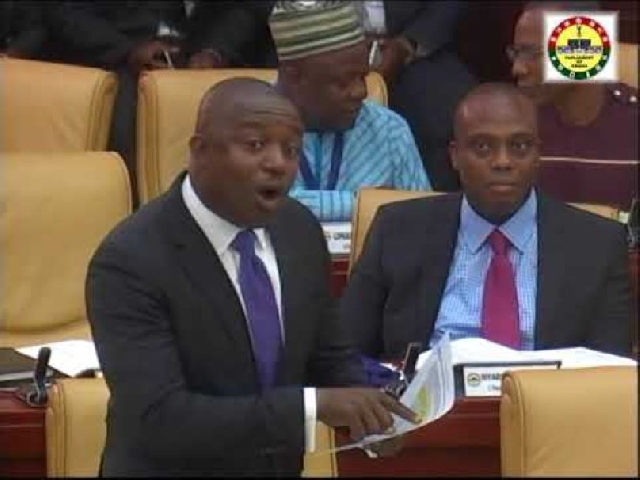 The Member of Parliament for Yapei Kusawgu, Mr John Abdulai Jinapor, has cautioned Energy Minister John Peter Amewu to “lift his unlawful gagging orders which he has imposed on the power sector SOEs preventing them from publishing an already-prepared load-shedding timetable.”

This comes on the back of the recent power outages experienced in some parts of the country.

According to Mr Jinapor, GRIDCo has been “clandestinely” shedding about 200MW since the first week of February this year with no end in sight.

“Let me be clear that the dreaded dumsor, which the Mahama administration resolved, is sadly back due to the ineptitude and mismanagement of the energy sector,” Mr Jinapor said in a statement.

“Ironically, this government has consistently maintained that the nation has too much power generation and does not even know what to do with the excess capacity.

“Today, the Ministry of Energy, having been exposed badly with the current dumsor the nation is witnessing, is moving away from its earlier position that power outages were solely a result of financial challenges,” he added.

According to the lawmaker, the Akufo-Addo-led government has not procured a single drum of Light Crude Oil (LCO) since 2019.

Mr Jinapor, who was a Deputy Minister of Power in the Mahama administration, said the government should desist from the “blatant deception” and publish the load-shedding timetable to enable Ghanaians plan their daily schedules.

“The Minister of Energy is hereby put on notice that failure to comply within 24 hours will compel us to explore all available options under the 1992 Constitution and the Standing Orders of Parliament not excluding a vote of censure on him,” he said.