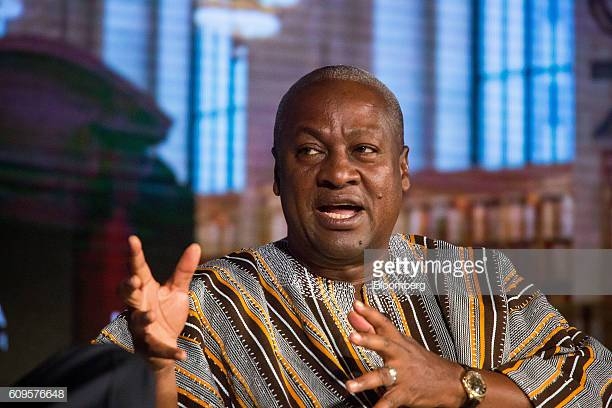 The Zongo Development Fund set up by the Akufo-Addo government under the Ministry of Zongo and Inner-city Development has become a vehicle for constructing football pitches and teaching women how to cook waakye, former President John Mahama has said.

The flag bearer of the main opposition National Democratic Congress (NDC) on Tuesday accused the government of misappropriating the fund when he met the executives of the Federation of Muslim Council.

In Mr Mahama’s view, instead of the fund being used for things that will add value and meaning to the lives of people in the zongos, it is rather being channelled into executing “insignificant things”.

“We don’t want to come and put up a ‘romantic’ Zongo Development Fund for show and use it to make football pitches for people to play, teach our women how to cook waakye among others, no,” he criticised.

“We think”, he noted: “That the issues facing the Muslim community are bigger than that”, explaining: “Access to education, how we put the children in school and keep them in school so that they don’t drop out.”

“What is the access to healthcare in the communities?” Mr Mahama enquired, emphasising the need for the government to prioritise those needs of the people in the zongos.

“We are not doing a romantic Zongo development fund and using the money to attend outdoorings and funerals, sharing rice when it is time for fasting, and sugar when it is time for Eid-ul-Adha you go and give a few rice and that is the end of it,” he added.

The NDC, Mr Mahama said, wants the “genuine needs of the people that you represent,” addressed, adding: “In time and over history, the government that has best represented the interest of the people of Ghana is the National Democratic Congress.”

Responding to Mr Mahama’s critique, the sector Minister Dr Mustapha Abdul-Hamid told Accra-based Citi FM in an interview on Wednesday that: “It is not true that the Zongo Development Fund is used for unnecessary things as he [Mr Mahama] claims”.

According to the minister, “The Ministry has never distributed rice, oil or anything to any community, and all the zongo communities in Ghana know this”.

“As we speak”, he revealed, “In the next month or two, 40 zongo youth will be going to Cuba to train as medical doctors.”