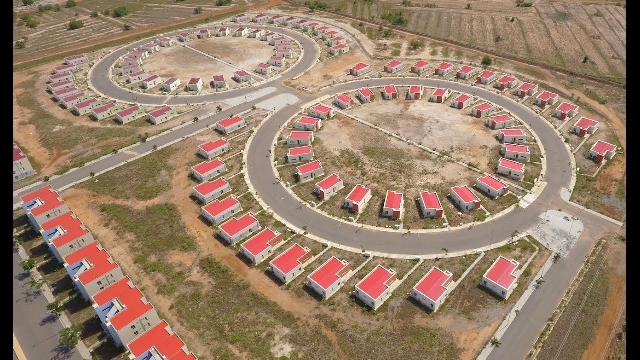 A team of economists and technical experts, who have pooled their expertise under the umbrella of the Ghana Economic Dialogue (GED) to help contribute to shaping the national developmental discourse has disputed claims by the Minister of Works and Housing, Mr Samuel Atta Akyea, that the Saglemi Housing project was a piece of machinery for embezzlement under the erstwhile Mahama-led administration of the National Democratic Congress (NDC).

About two weeks ago, Mr Atta Akyea said the Mahama government siphoned more than $144 million of the $179.9 million paid to the contractor in charge of the Saglemi Housing project.

According to him, a report on the project signed by the President of the Ghana Institute of Surveyors, Dr John Amaglo, indicates that only $64 million of the total amount released for the project, was sunk into it.

“The Ghana Institute of Surveyors has come out with a report showing that what is on the ground, measured against the money received will bring out a very very huge figure of about $114 million”, he told the Joy News’ PM Express.

“It is stated clearly that the total works on the ground is $64 million, the difference is what gives you the $114 million I’m talking about”, the minister said.

However, GED said its careful analysis of the project has shown that “no funds were diverted”.

Read GED’s full assessment of the project below:

A few weeks ago, Mr Atta Akyea disclosed that all former government appointees and officials involved in the low-cost housing project are being investigated by the Criminal Investigations Department of the Ghana Police Service.

Describing the project as a rip-off in an interview with the parliamentary press corps on Thursday, 8 October 2020, the minister noted that it does not measure up to the cost purported to have been invested in it.

“Saglemi is tinted with embezzlement”, he said.

“There’s no dispute about it, and I could tell you that the Ghana Institution of Surveyors has come out with a conclusive report to the effect that Saglemi is a rip-off and the amount of money that has been blown in Saglemi is over USD100 million and the housing structures over there do not measure up to the money they’ve collected”, he said.

“So, I’m not here to embarrass anybody; I’m here to say that if you didn’t go into the legalities of it, how do you continue? So, now that we’ve surrendered the report of the Ghana Institution of Surveyors to CID, now, we can deal with the issue of going to continue”, he added.

The minister, however, could not tell when the project will be completed but assured Ghanaians that it has not been abandoned.

“We’re pushing so hard to deal with the issue of Saglemi; it’s not abandoned. It doesn’t give this nation credit at all.”

He further disclosed that investigations have commenced into the matter and reiterated calls for people to stop politicising issues of corruption.

“That is how civility is all about. You do not try to embarrass somebody because you think that he’s been investigated by the police. Eventually, the police might say that they do not have anything against the person and you would have embarrassed him.

In May 2019, Ghana’s Attorney General, Ms Gloria Akuffo, advised the Ministry of Works and Housing to consider launching a criminal investigation into the review of the contract of the project, which was originally meant to construct some 5,000 housing units at a cost of $200 million.

The contract, according to Mr Atta Akyea, was reviewed under the tenure of his predecessor, Mr Collins Dauda, to 1,502 units at the same cost without parliamentary approval.

“In the absence of a valid explanation for the variation of the terms of the original agreement, it is advised that the matter be referred to the appropriate authority for criminal investigation,” a letter dated 8 May 2019 and signed by Ms Akuffo and addressed to the Minister of Works and Housing, said.

The AG said from the documents that had been reviewed, “there is no evidence justifying the variation of the scope of the agreement in the first and restated agreement signed by the then-Minister of Works and Housing, Mr Collins Dauda”.

Furthermore, the AG indicated that: “There is no evidence” that the Chief Director, Alhaji Ziblim Yakubu, “was clothed with the capacity to review the First and Restatement Agreement of 4 January 2013” to downsize the number of houses.

The AG added: “The agreement, having expired in June 2017, the purported notice of termination by the contractor has no basis in law and is, therefore, of no effect”.

The AG, therefore, advised the ministry at the time, to ensure that the contractor, Construtora OAS Ghana Limited, abide by the original contract despite the provision of 1,412 housing units with a payment of $180 million having been sanctioned already by the government.