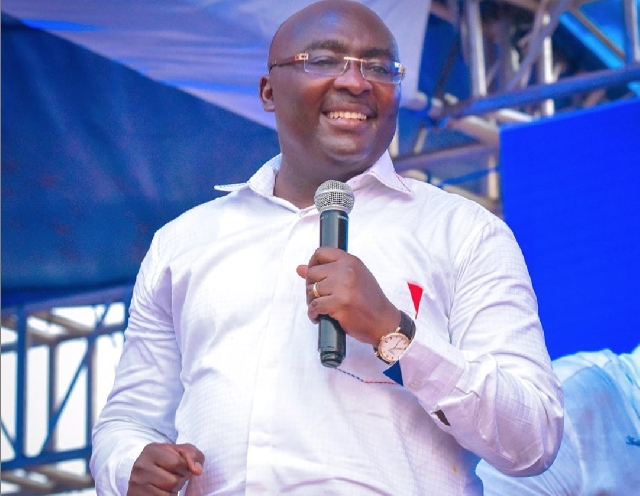 The Chief and people of the Boli traditional area of the Wa Municipality in the Upper West Region, have said they will not be enticed to vote for a visionless party and have assured the governing New Patriotic Party (NPP) of their vote in the upcoming presidential and parliamentary elections.

According to the chief, Naa Mahama Issahaku, it is evident that the governing NPP values the people of Boli.

Speaking at a durbar of chiefs and people during the visit of Vice President Mahamudu Bawumia to the area, Naa Issahaku enumerated interventions and policies that have helped enhance the lives of the people of Boli under the NPP, including the provision of potable water, the Planting for Food and Jobs initiative, the Free Senior High School (SHS) policy and the renovation of the Boli Junior High School (JHS) block.

Naa Issahaku also noted that the people of Boli will only believe in a manifesto that will continue to enhance the lives of people, and not one that will cause retrogression.

“The people of Boli assure you that we will not be lured into a party of no vision who can only be remembered with hardship.

"We will not be lured to exchange our colour TV for a visionless black and white TV party who only believes that graduates, after spending resources in education, should become Okada riders.

"We will give NPP one hundred per cent of our votes", he promised.

Vice President Bawumia, for his part, assured the chief and people of the area of their share of the government’s proposed model senior high schools across the 16 regions of the country.

He also promised that the Wa-Boli road will be constructed to ensure the smooth movement of persons and transportation of farm produce to the regional capital.