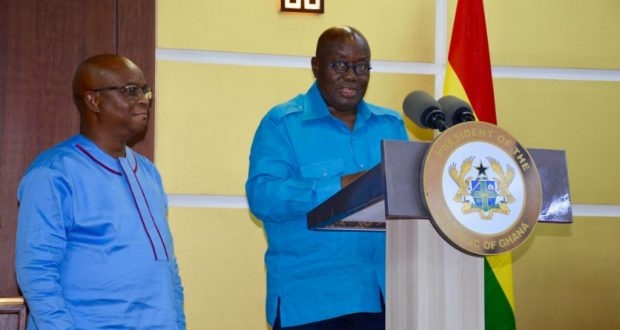 The group has threatened a series of demonstrations if the President fails to change his nominee for the position of Volta Regional Minister.

Speaking on 12Live on Class91.3FM, Friday, 22 January 2021, Convener for the group, Mawuli Amenuveve alleged that the Volta Regional designate had courted disaffection for the NPP in the region due to his disrespect for the Chiefs.

Mr Amenuveve said: “Our concerns are just that Dr Yao Archibald Letsa, the former immediate past Regional Minister is not a unifier and apart from going to Hohoe with the President, engaging Klefe and Ziave party folks, he didn’t actively campaign in the region not to talk of his own constituency.

“His disrespect for the Chiefs in the region especially, those in Ho Central court a lot of disaffection for the party. He could not connect well with the party folks especially the grassroots.”

The group also accused the Minister designate of diverting items meant for the campaign period to other places instead of the appropriate quarters.

“Most of the items for the campaign through him, did not reach the right quarters. These are some of our concerns that we’re raising for the President not to reappoint him again. He’s aware of all these things because I knew of a group that emerged was it in 2018 or 2019 that wanted to do a demonstration against him.”

The group further accused the Regional Minister designate of refusing to release money he claimed he had been given from the Jubilee House for the burial of the late Ho Central Constituency Secretary in the year 2017.

Convener for the group stated: “when people became agitated, that was when he released the GHS2000 that was given to him, which is not fair.”

The group had earlier issued a statement, notifying the Police of an intended demonstration from Monday, 25 January, 2021, to register their disapproval and disappointment over the reappointment of the Minister designate.

“We wish to state equivocally that we the party base (supporters) in the region will not accept the said appointment,” the statement noted.