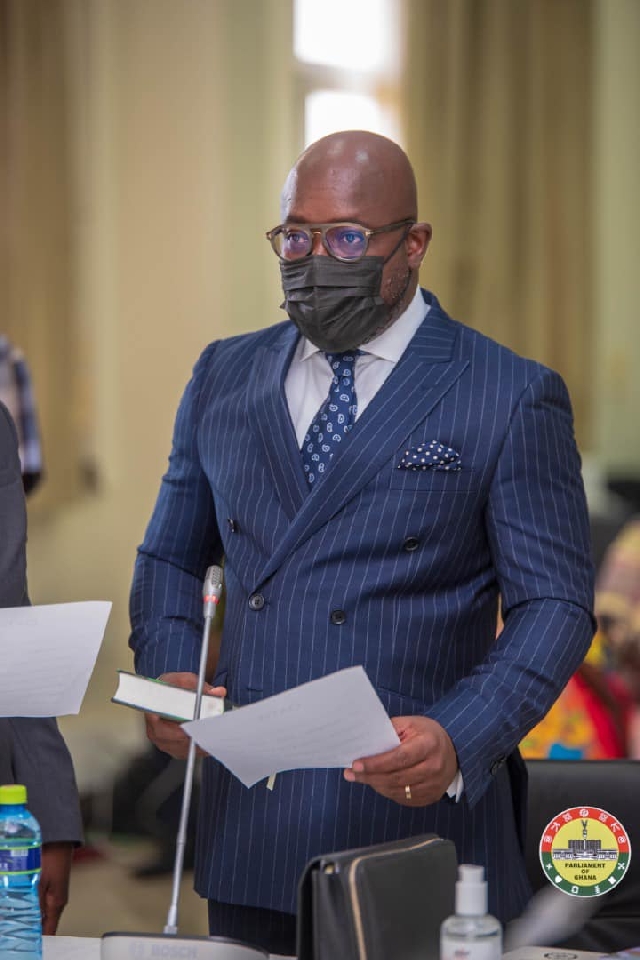 The Appointments Committee of Parliament has suspended the approval of Mr Andrew Egyapa Mercer as a Deputy Energy Minister nominee.

Class News’ parliamentary correspondent, Charles Akrofi, reported on Tuesday, 8 June 2021, that sources within the Committee say the Minority side proposed the suspension of Mr Mercer’s approval because they wanted to clearly understand his position on the PDS deal.

He said the members of the committee were not satisfied with some of the answers Mr Mercer gave concerning the botched deal during his vetting.

The Member of Parliament for Sekondi denied claims of conflict of interest against him in the PDS deal during his vetting.

Mr Mercer, who was a Director and Secretary to TGN Energy Solution, one of the companies that formed PDS, said his role in the company did not affect his work as a Member of Parliament when the deal was brought to the house for consideration.

He also said he was never found in a conflict of interest position.

“My understanding of interest, which is really a legal construct, is one that is in the nature of a property that is transferable either tangible or intangible, but with respect to duty or relationship with TGN Energy Solution, it is in the nature of fiduciary which is separate from interest.”

“…So, that is why I say I don’t have any interest in TGN Energy Solution. I never received benefits from TGN Energy solution even though I was entitled to them.”

Charles Akrofi indicated that the committee will sit at a later date and analyse the recorded tape of Mr Mercer’s vetting session and reconsider its position.

Four deputy minister-nominees were vetted by the committee on Monday, 7 June 2021.

But the committee approved only three out of the four.

The three who were approved are Rev. Ntim Fodjour, George Mireku Duker and Tina Mensah for Education, Lands and Natural Resources, and Health, respectively.