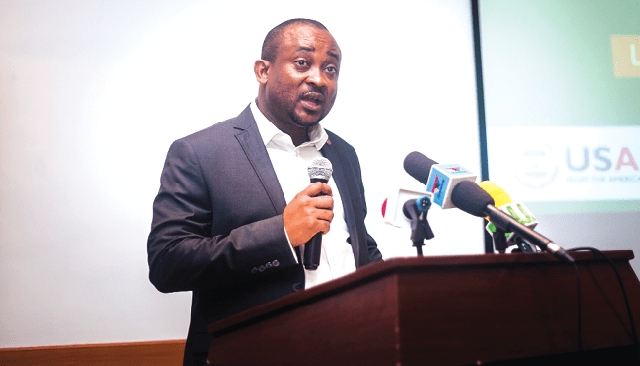 A Deputy Information Minister, Mr Pious Enam Hadzide, has said the omission of roads in the Volta Region from a list of critical roads to be constructed by the government in 2020 as captured by the budget was an error on the part of those who printed the budget that was delivered on Wednesday, 13 November 2019 by Finance Minister Ken Ofori-Atta.

Mr Hadzide said the region was duly captured in the budget, however, due to an error that occurred at the printing department, the Volta Region, which is the stronghold of the main opposition National Democratic Congress (NDC), was omitted.

The government received a lot of flak from the public for the omission.

But speaking in an interview with Ghana Yensom on Accra 100.5FM on Friday, 15 November 2019, Mr Hadzide said: “The Volta Region was actually mentioned in the budget statement. It was the list of priority roads to be constructed that the region was omitted out of printing error.”

“It wasn’t deliberate at all, it was an error I must stress”, he added.

Meanwhile, the Volta Caucus of the Minority in Parliament has described as “wishy-washy” the denials by Senior Minister Yaw Osafo-Maafo that the omission was a “genuine mistake” rather than a deliberate act.

Addressing the media on the subject, the Caucus, on Thursday said it finds the explanation difficult to believe because “there is no gap in the budget”.

It said the “government must be explaining how come the figures allocated for critical regional road projects add up”, adding: “For a government that touts its credentials as having the men, never mind that they ignore the women – it is unfathomable that such mistakes would be allowed to occur up to this point even if they were mistakes or examples of the gross incompetence Ghanaians have been subjected to”.

“We in the Volta Caucus refuse to accept the lame and unconvincing excuse of a mistake. We are convinced that this was a grand scheme to discriminate against the Volta Region by denying our constituents their fair share of the national cake just because of our voting pattern.  Our suspicion is further fortified by the pronouncements of other government officials who have put out the most reckless and insensitive defence of this unconstitutional conduct by the Akufo-Addo government”, the statement added.

The group has, thus, demanded an unreserved apology to the chiefs and people of the region within 48 hours or face their anger.