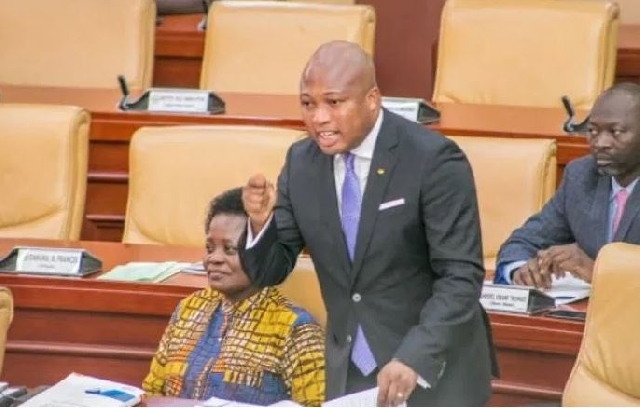 The Minority in Parliament has said it will remain resolute in its opposition to the 2022 budget statement and economic policy of the government.

The budget statement, which was presented last week by Finance Minister Ken Ofori-Atta, set some new taxes as a means to rake in revenue for the government.

Paramount among these is the 1.75 per cent electronic transaction levy which has generated a lot of public fury since its announcement.

The minority, from the outset, indicated that it will not support the budget particularly the planned implementation of the electronic levy.

At the commencement of debate on it today, Tuesday, 23 November 2021, the Ranking Member of the Foreign Affairs Committee, Mr Samuel Okudzeto Ablakwa stated that the minority will not kowtow to any demands from the government to support the bill.

He said: “Any attempt [to convince] this side to accept this budget will simply not work Mr Speaker”.

Mr Ablakwa also expressed fury and disappointment that the budget statement failed to take into consideration the plight of people hit by tidal waves in the Volta Region.

“My disappointment in the budget stems from the rather insensitive, cruel and unpardonable omission of the tidal wave humanitarian crisis that hit this country,” he stated.

“The foreign policy of this president is that anytime disaster of this nature has happened in other jurisdictions, he’s among the first world leaders to comment, to empathise, to condemn”.

“In Sierra Leone, when a similar disaster happened, they did not only issue a statement, the vice-president led a delegation to Sierra Leone to commiserate with them and to make donations”.

“I’ve gone through the entire budget – works and housing, all the appendices … priority projects from now to 2024, not a mention of the Berekuso coastal protection project. It’s not a priority, not now and not in the medium term…” the North Tongu MP lamented.