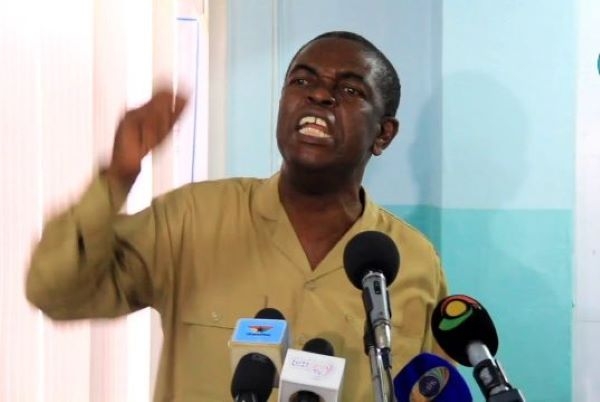 The Managing Editor of the Insight newspaper, Mr Kwesi Pratt Jr., has served a strong warning to the Judiciary that it cannot use its powers to threaten, cow and scapegoat the media.

Speaking at a press conference organised by the Ghana Journalists Association (GJA) on Monday, 1 March 2021, to respond to a letter from the Judicial Service, which ordered media houses to delete “spiteful, hateful and vengeful” publications about some of the Justices of the Supreme Court sitting on the ongoing election petition, Mr Pratt said: “There are so many issues which arrive out of this letter, this threat, which has been issued, allegedly on behalf of the Judicial Service”.

“The statement does not even clarify what is an offence and what is not an offence”, he observed, adding: “It’s just a vague threat intended to cow us”.

He, however, noted: “We [media] are not responsible for the anger in our society”.

“We cannot be held responsible for the irresponsibility of all the sectors of the society.

“If there’s anger in the society which needs to be addressed, let us find the root cause of that anger and deal with it collectively as a people and we must deal with it as journalists, as doctors, as engineers, as drivers, as masons, as carpenters and as all citizens of this country.

“We will not allow ourselves to be held as scapegoats for the misbehaviour and irresponsibility of national leadership”, Mr Pratt noted.

According to him, the media is united in its resolve to fight off what they perceive as an attempt to muzzle them.

“On behalf of all those in media practice, we would like to serve a clear notice that we stand behind our leaders solidly. Nothing will shake our support for our leaders in this battle against the veiled attempt to cow us down”.

At the same event, the GJA described as “obnoxious” and “threats to media freedom”, the letter from the Judicial Service served through its lawyers [email protected], in which it said it will take appropriate actions against media houses who fail to delete certain comments its clients – Justices of the Supreme Court – find hateful and vengeful.

The Judicial Service, in the letter to the media houses which, according to it, had published “hateful, spiteful, vengeful and incendiary” comments about the Justices of the Supreme Court, ordered the media platforms to “pull or cause to be pulled down and cleared from your platforms”, all such statements and speeches.

The Judicial Service also demanded that those media houses, as well as all others, “prevent the publication of such statements and speeches on your platforms”, and “forthwith, exercise the highest level of discernment, discretion and responsibility insofar as the publication of statements and speeches regarding the administration of justice is concerned”.

In his response, GJA President Affail Monney said: “If not reversed immediately, the ill-advised, ill-timed, ill-crafted and ill-issued statement by the Judiciary can provoke a tsunamic backlash, lower the dignity of the court in the eyes of freedom lovers and critical citizens, pollute the media environment, undermine our impressive media rankings globally and dim the beacon of our democracy”.

Read the GJA’s full statement below:

STATEMENT BY GJA PRESIDENT, AFFAIL MONNEY, AT A PRESS CONFERENCE HELD AT THE GHANA INTERNATIONAL PRESS CENTRE ON MONDAY, MARCH 1, 2021, IN REACTION TO THREATS AGAINST THE MEDIA BY THE JUDICIAL SERVICE

Good morning, members of the GJA National Executive, our distinguished, ladies and gentlemen.

A special welcome to senior members and veterans of our profession who have joined us at the Ghana International Press Centre, the citadel of press freedom and free expression as well as a bastion of our democracy.

This hurriedly convened press conference has been triggered by a statement by the Judicial Service in which it ordered the media to “immediately pull down” from their platforms “statements and speeches which convey, and/or insinuate hateful, spiteful, vengeful, incendiary communication against justices of the Supreme Court, especially, those hearing the election petition. Furthermore, the media must prevent the publication of such statements and speeches”. The Judicial Service then threatened to take, what it called, “appropriate action to ensure that the media do not abuse the right to free speech.”

Ladies and gentlemen of the media. The GJA is, to put it mildly, dumbstruck in reading this obnoxious directive pregnant with insidious threats to media freedom in Ghana which is touted as a land of freedom and justice. With all due respect, this is scandalous.

Unsurprisingly, our telephones have been flooded with calls, both local and international, from journalists, media watch organisations, defenders of press freedom and free expression, seeking to know what exactly was happening since that contentious statement by the Judicial Service was issued.

It is universally acknowledged that media right is not absolute, but qualified. And legal experts teach us that such qualification must chime with the dictates of the law, due process, and must be exercised in such ways as to achieve legitimate aims and objectives.

In crafting the scandalous statement, the GJA is principally of the view that the Judicial Service ought to have avoided any impression or situation that has the tendency to instill fear and promote a culture of silence into which Ghana had been enveloped during the period of autocratic misrule.

Criticism, they say, is a gift which all arms of government need. So it will be miscarriage of fairness to deny the Judiciary that gift. Ann Landers once said “the naked truth is better than a well-dressed lie”. Contextually, the naked truth is that the Judicial is not immune to criticism. However, that criticism must be done in a manner that does not bring the administration of justice into disrepute. To this end, the GJA urges the media community to be calm, and not to be led into temptation to scandalise the court with unhinged comments or verbal stones, no matter how provocative the statement of the Judicial Service might be.

The GJA will like to remind its members that far from acting on the basis of any threat or intimidation to “immediately pull down” from their platforms as requested, the media should rather act in the spirit of the GJA Code of Ethics that says: “A journalist corrects inaccuracies and mistakes at the earliest opportunity and offers a chance for a rejoinder and/or an apology as appropriate”.

It is lodged in our memory that the Judiciary has the power to commit any erring journalist or media house for contempt, using, of course, acceptable protocols, and appropriate mechanisms. What they should not consider at all in this context is any unprecedented or antiquated method which smacks of censorship, intimidation or resuscitation of the culture of silence which can spell unthinkable socio-political consequences.

The GJA is plainly of the view that the threats by the Judicial Service against the media defy logic and are tantamount to an unwarranted assault on all the tenets of freedom of speech and freedom of the media as guaranteed by the 1992 Constitution.

If not reversed immediately, the ill-advised, ill-timed, ill-crafted and ill-issued statement by the Judiciary can provoke a tsunamic backlash, lower the dignity of the court in the eyes of freedom lovers and critical citizens, pollute the media environment, undermine our impressive media rankings globally and dim the beacon of our democracy.