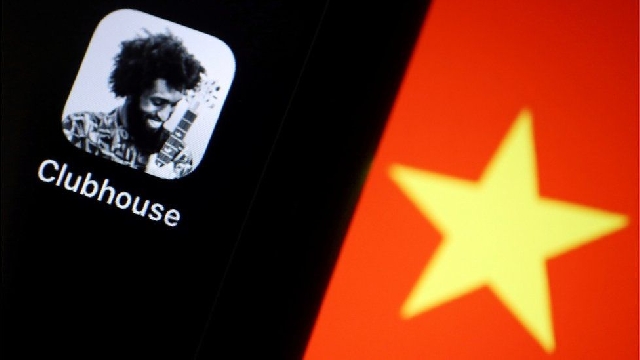 Discussion app Clubhouse appears to have been knocked offline in China, prompting fears it has been blocked by the state's so-called "Great Firewall".

The invite-only app uses audio rather than text to let people chat in rooms.

Until recently, it had mainly been used by tech enthusiasts in Silicon Valley - but exploded in popularity in China in recent weeks.

Unlike many Chinese apps, it is uncensored - leading to discussions around topics rarely debated online.

Chinese authorities retain significant control over what is published on the internet, censoring search results and limiting visibility of posts on many topics.

But the audio of users' chats in the Clubhouse app is not recorded, allowing some measure of privacy - something which was exploited last weekend before the apparent block kicked in.

While Clubhouse was active, it hosted the kind of conversations rarely seen online in China.

BBC reporters observing the discussions found one room with thousands of participants, from both China and Taiwan, politely discussing many sensitive topics. Beijing considers Taiwan a breakaway province, but Taiwan sees itself as a sovereign state.

The topics discussed on the app included the pros and cons of democracy; controversial policies in Hong Kong, and towards the Uighur ethnic group in western China; as well as the unification of Taiwan and China.

But participants from both sides also shared stories about visiting each others' homelands for the first time.

Its soaring popularity - and the fact that it is invite-only - led to invites being sold for up to $77 (£56) each, the Financial Times reported.

But many China-watchers listening in over the weekend questioned how long such open and uncensored conversations would be allowed to continue.

On Monday, thousands of social media users simultaneously reported the app had been knocked offline.

No official statement about the app - or its potential future in China - has yet been made.

Clubhouse launched in April last year, but its invite-only model meant if initially grew slowly, with every user starting out with just one invite for another.

The fact that it is currently available only on iPhones, and not on the web or on Android phones, has also limited its spread.

But that exclusivity was also part of its appeal, quickly attracting technology employees, investors, and journalists in Silicon Valley. Later, some major US celebrities joined, furthering the image of an exclusive "clubhouse" that many were eager to join.

The app appears to have reached a critical mass in recent weeks, prompting widespread interest among ordinary users and in the mainstream media, particularly after the appearance of major tech bosses Elon Musk and Mark Zukerberg on the platform.

While Clubhouse has not explicitly said how many active users it has, mobile analysts Sensor Tower estimates the app has been downloaded at least two million times. But some people may be downloading the app without the necessary invite to actually use it.

All that growth means that its investor valuation has surged from some $100m last May, reportedly hitting the $1bn mark in recent days.