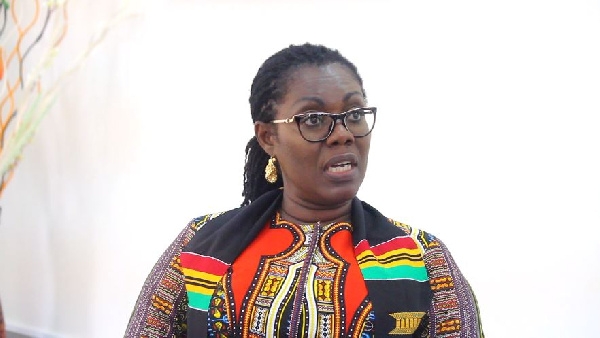 According to the Minister, nothing will derail the country’s efforts to progress in the digital system

The Minister for Communications and Digitalisation Ursula Owusu-Ekuful has reiterated the Akufo-Addo-led government’s commitment to promoting digital technology as an enabler, in the country, using the African Continental Free Trade Area (AfCFTA).

This was contained in a speech delivered by the Communications Minister at this year’s New Year School and Conference at the University of Ghana in Accra, Tuesday, 18 January 2023, on the topic, ‘Digital Technology Development Preparedness for AfCFTA.’

According to the Minister, nothing will derail the country’s efforts to progress in the digital system.

“For all these reasons and many more we have decided in Ghana, as the host and one of the earliest proponents of the AfCFTA, that we will not allow the old excuses of inertia, lack of capacity, resources and solidarity to continue hamstringing our forward march as a continent.

“So long as Ghana continues to have influence in the affairs of this continent, we are committed to promoting, as aggressively as possible, the use of digital technology as an enabler, catalyst, resource gap bridger, coordinating mechanism, playing field leveller, and dots connector in making the AfCFTA experience completely different from anything that has preceded it in the decades long quest for African economic and political unity.

“That is why through this government’s Trancop policy, we wholeheartedly embraced the creation and rollout of the AfCFTA Hub platform to generate digital resources for all the key actors and stakeholders in Ghana involved in one way or another in making the AfCFTA a success.”

The Communications Minister, also stressed on the benefits of having a common digital platform for Africa.

“The tremendous growth in digital technology around the world, and also in Africa, offers us a new opportunity to take another look at our capacity to deliver. Take batteries for instance, whose prices have dropped by 97% since 1991, fuelling a massive Greentech revolution in many parts of the world and between just 2017 and 2022, the cost of electronic data storage has dropped by more than 56%.

“We now have at our fingertips, provided we are willing to exercise our minds, all the computing and digital resources we need to overcome many of the coordination problems that have made the implementation of some of the grand plans for a single African market so elusive. With a common digital platform, it is easier today to optimise maritime, aviation and ground intermodal transport and logistics resources than it was in the past.”

She added: “With digital business models, it is much easier today to attract billions of dollars in international investment to build Pan-African platforms than it was in the past. With digital analytics infrastructure, it is also easier today to mobilise millions of micro traders to explore new sourcing opportunities in every corner of Africa than it was in the past.”