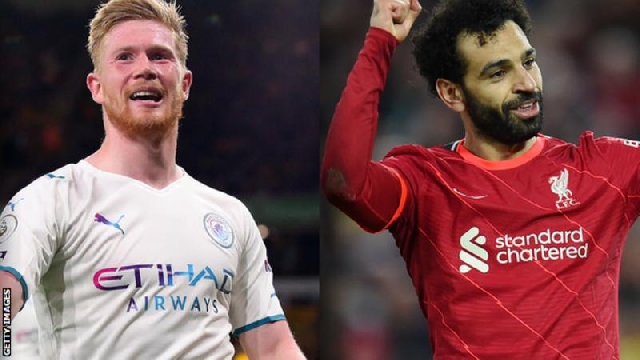 Manchester City's Kevin de Bruyne and Liverpool's Mohamed Salah are among eight nominees for the Premier League player of the season award.

Midfielder De Bruyne and forward Salah are both former winners of the award.

Egypt's Salah is leading the Golden Boot race with 22 goals, while De Bruyne has 15 goals and seven assists this season.

Both players were on the shortlist last season, with City defender Ruben Dias winning the award.

The winner is decided by votes from the public on the Premier League website, combined with those of the 20 Premier League club captains and a panel of football experts.