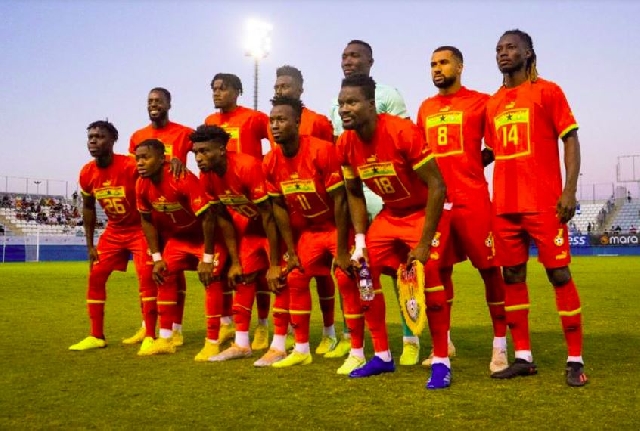 Ghana came back from a humiliating 0-3 defeat to Brazil to beat Nicaragua by a lone goal in their second pre-world cup friendly on Tuesday at the Estadio Francisco Artés Carrasco in Lorca, Spain.

Skipper Andre Ayew and his brother Jordan Ayew joined the game from the bench in the second half.

Richard Ofori replaced Joseph Wollacott in post for the first time in a long time.

The Black Stars dominated the entire game but were wasteful upfront.

The only goal in the match came in the 35th minute through youngster Abdul Fatawu Issahaku who scored his very first senior goal.

Issahaku's powerful curled shot from inside the box took a slight deflection to beat Forvis in goal for the Central Americans.

Ghana will play Switzerland in a last preparatory game in November, a week before their first match at the World Cup against Portugal.