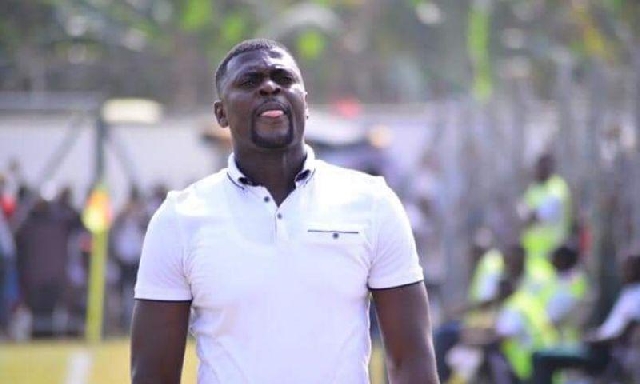 Accra Hearts of Oak head coach Samuel Boadu has said he is confident of qualifying to the group stages of the CAF Confederations Cup after a dominant display over Algerian side Juennese Sportive de la Saoura at the Accra Sports Stadium.

Goals from Salifu Ibrahim and Agyenim-Boateng in either half ensured the Ghana Premier League champions got the upper hand ahead of the return leg on December 5.

The Phobians will be hoping to make it to the group stage of the CAF Confederations Cup for the first time since 2015 where they failed to qualify by losing to Tunisian side Esperance de Tunis.

Samuel Boadu insists lessons have been learnt in the Wydad annihilation in the CAF Champions league second leg at the Stade Mohammed V.

“For the Cape Coast camping, it helped us a lot because of the serene atmosphere over there which is quite good.

“Going into the return leg, I have learnt a lot from the WAC game so we need to strategise going into the clash against the Algerians, it doesn’t matter with the changes of the team, how we strategise is the most important aspect and the approach to the game,” Samuel Boadu said.

He urged the fans to remain calm and continue to rally their support behind the team amidst the hard times.

He promised the fans of a qualification to the group stages of the CAF Confederation Cup as a sign of a rejuvenated Hearts of Oak club.

“I’ll tell Hearts of Oak family that they should keep calm and this is the hard time that we need their support. And I believe that, at the appropriate time, Hearts of Oak will come back and we will do our best to qualify,” he added.

Hearts of Oak will be playing the decisive reversed fixture in Algeria at the Stade Du 20 Août 1995 on December 5th.

The Ghana Premier League champions are still on the hunt for a first premier league win since start of the 2021/2022 season.