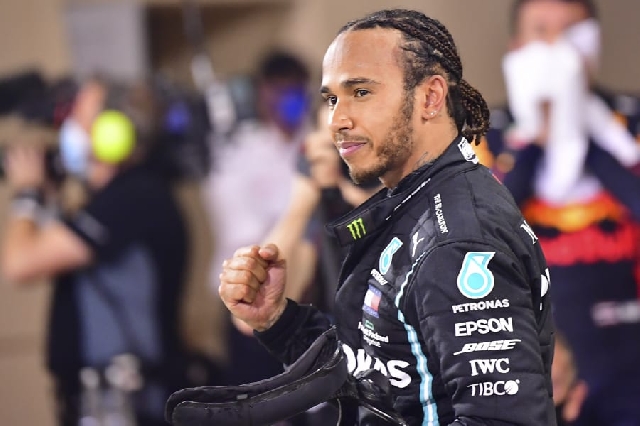 The seven-time champion told Spain's AS newspaper it would not be possible for him to break into the sport from his background if he tried to do so now.

"Growing up in a normal working-class family, there is no way I could be here - the guys you are fighting against have that much more money," he said.

"We have to work to change that to make it more accessible, for the rich and for people with more humble origins."

The Mercedes driver was raised on a council estate in Stevenage in Hertfordshire, while his father Anthony worked several jobs to fund his junior career before he was picked up by McLaren and Mercedes aged 13.

They funded the rest of his career as he made his way through the ranks to F1.

Of the current grid, Canadians Lance Stroll, Nicholas Latifi and Russian Nikita Mazepin, who have all joined F1 in recent years, are the sons of billionaires.

And both Max Verstappen, Hamilton's title rival this year, and Mick Schumacher, who made his debut in 2021, are the sons of former F1 drivers.

Hamilton and Mercedes have set up a foundation to try to attract more people from an ethic minority background into motorsport, and he has set up commission to look into why minorities are under-represented.