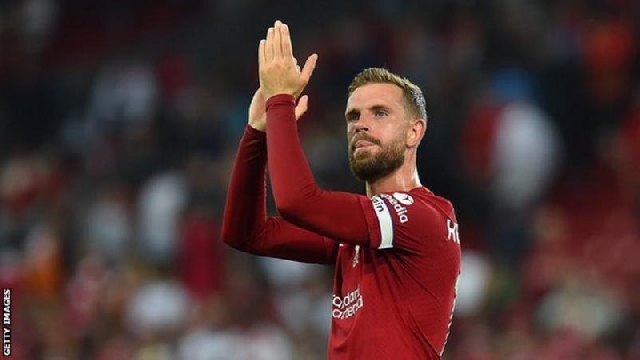 Liverpool captain Jordan Henderson has been added to the England squad for Nations League games against Italy and Germany.

Henderson, 32, was not named in Gareth Southgate's initial squad because of a hamstring injury.

However, the midfielder has now recovered and has joined up with the squad at St George's Park.

He replaces Manchester City's Kalvin Phillips, who withdrew over the weekend with a shoulder problem.

Henderson, who has 69 caps, has missed Liverpool's last three matches after being injured during their 2-1 win against Newcastle United at Anfield on 31 August.

He has made only one appearance for England in 2022 - a 2-1 friendly win against Switzerland at Wembley in March.

England face European champions Italy at the San Siro in Milan on Friday and Germany at Wembley on Monday.