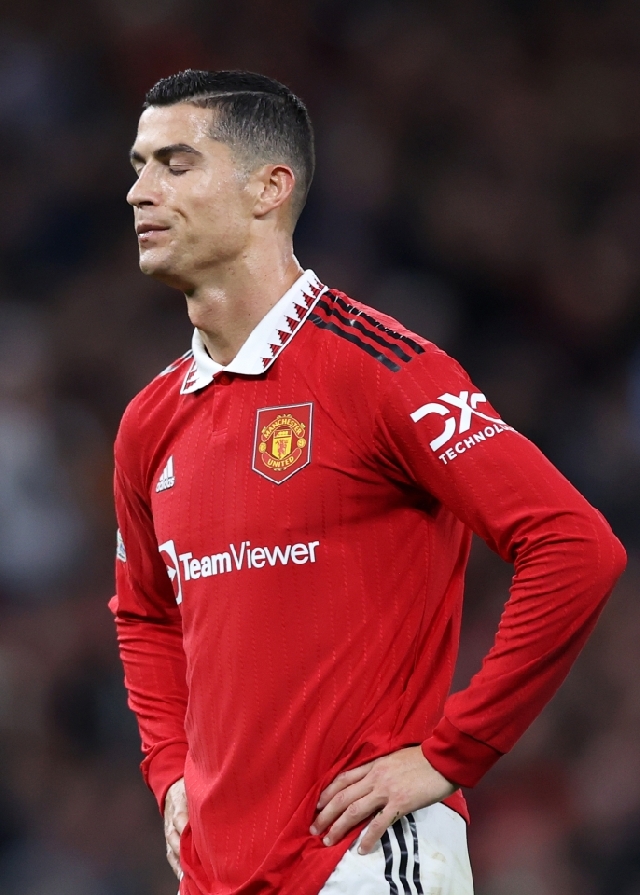 Ronaldo recently made a series of astonishing claims about the Red Devils during a bombshell interview with Piers Morgan on TalkTV.

The 37-year-old said he does not respect manager Erik ten Hag and hit out at the Glazers, who own the club, in a 90-minute sit-down over his recent difficulties at Old Trafford.

And now, United have confirmed that the Portugal icon will leave the club with immediate effect.

The five-time Ballon d’Or winner had seven months left on his contract, but will now become a free agent in January.

talkSPORT understands Ronaldo was given a minimal pay-off after agreeing to rip up the rest of his deal, with both parties keen to avoid a protracted legal battle.

A United statement read: “Ronaldo is to leave Manchester United by mutual agreement, with immediate effect.

“The club thanks him for his immense contribution across two spells at Old Trafford, scoring 145 goals in 346 appearances, and wishes him and his family well for the future.

“Everyone at Manchester United remains focused on continuing the team’s progress under Erik ten Hag and working together to deliver success on the pitch.”

Ronaldo, who begins what could be his World Cup campaign when Portugal face Ghana on Thursday, also confirmed the news with a statement of his own.

“I love Manchester United and I love the fans, that will never ever change.

“It feels like the right time to seek a new challenge. I wish Man Utd all the best.”

Ronaldo has been linked with former club Sporting Lisbon, Premier League side Chelsea and a move to MLS side Inter Miami, who are owned by David Beckham and managed by ex-United teammate Phil Neville.

Reacting to the news, which broke during the 0-0 draw between Mexico and Poland in Qatar, ex-Republic of Ireland striker Tony Cascarino said: “He left the club with no choice.

“It’s very sad. He gave so much to Man United, the fans were superb to him and he had a great career there.

“This season has just been an absolute disaster for him and the club.”

talkSPORT will bring you all the latest reaction to the bombshell news.

You can also listen via the talkSPORT app, on DAB digital radio, through your smart speaker and on 1089 or 1053 AM.