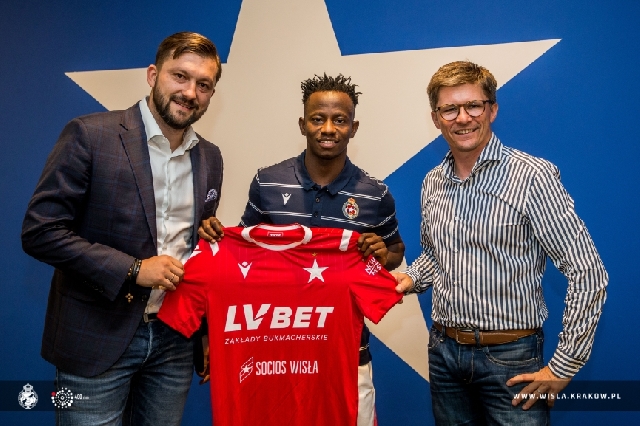 Yaw Yeboah has sealed a move to Polish side Wisla Krakow

Ghanaian international Yaw Yeboah, has sealed a move to Polish side Wisla Krakow ahead of the next football season.

The 23-year-old has signed a 3-year contract with his new team after passing his medicals as he moves from Spanish second division club CD Numancia.

In an official statement, the Polish club said, “Ghanaian winger Yaw Yeboah is another player who joined the team of the 13-time Polish champion. The contract binding the rider with the White Star will be in force for three years.”

The former Manchester City player has represented Ghana at the U20 and U23 levels.

The Ghanaian player also played his final season in Spain on loan at Celta Vigo B scoring five goals in 20 games.