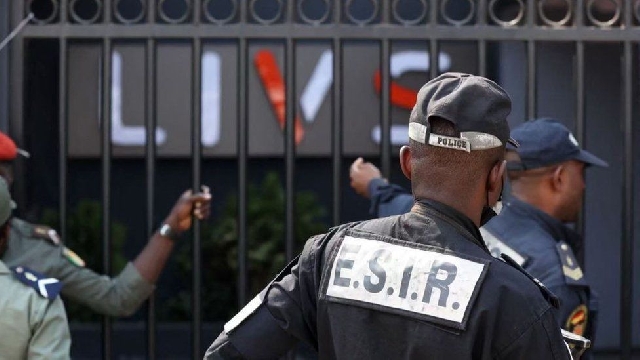 Police have sealed off the nightclub following the fire

At least 16 people have been killed in a fire at a nightclub in Cameroon's capital Yaoundé, the government has said.

The blaze was "accidental" and caused by fireworks being used in the club, it added.

At least eight others were seriously injured in the fire in the early hours of Sunday at Liv's Night Club.

The fire engulfed the main room of the venue in the capital's upmarket Bastos district.

"The tragedy, which was caused by explosions from the fireworks often used in these places, first consumed the building's ceiling, resulting in two very loud explosions, causing panic and a stampede," the government's communications ministry said in a statement, AFP news agency reports.