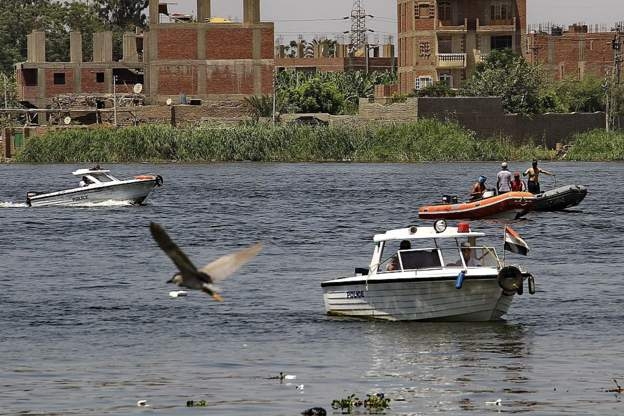 Accidents on the River Nile are common

Two people died and eight others are missing after a truck plunged into River Nile in Egypt.

The accident happened outside the capital Cairo when the truck was on board an unlicensed ferry.

Rescue operations have continued at the river. So far 14 survivors have been rescued, local media report.

The truck was carrying farm workers who were on their way from work.

Children were reported to have been on board with their parents.

The truck driver and three ferry workers have been arrested and the search for the owner of the ferry is ongoing.

Accidents on the River Nile are common and have mostly been attributed to the lack of adherence to set rules.