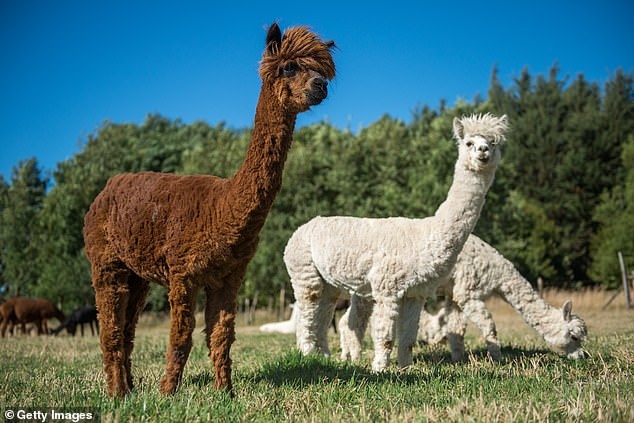 Tiny antibodies found in alpacas could help suppress a second wave of coronavirus and allow countries to safely lift lockdown, researchers have claimed.

Scientists in Sweden and South Africa have used “nanobodies” from an animal immunised against the virus to prevent it from binding or infecting a human being.

The small antibody targets the spikes of the virus which in turn interferes with its ability to infect its host.

The experts have claimed that their research “potently neutralises the virus.” Due to the fact that the nanobodies are cheap and easy to reproduce they could be a widely accessible option.

The nanobodies are also a lot easier to clone and change, according to the scientists.

The authors, from the department of microbiology, tumour and cell biology at Karolinska University Hospital in Stockholm, told The Telegraph: “The current coronavirus pandemic has drastic consequences for the world's population, and vaccines, antibodies or antivirals are urgently needed.

“Neutralising antibodies can block virus entry at an early step of infection and potentially protect individuals that are at high risk of developing severe disease.”

The nanobody developed was called Ty1 - named after Tyson who was a 12-year-old alpaca from Germany who was immunised.

The antibodies were then isolated.

Karolinska's team leader, Gerald McInerney said: “In principle, all the evidence would suggest that it will work very well in humans, but it is a very complex system.”

The academic paper has not been peer reviewed yet. It was published earlier this month.

It comes as Britain today announced 100 more coronavirus deaths, in a record-low Saturday total that will cool fears about the latest lockdown-loosening measures.

Today's figure is down by almost a quarter from last Saturday's 130 deaths, and marks the lowest Saturday total since March 21, two days before lockdown, when 56 people were killed.

It means the UK's official COVID-19 death toll now stands at 43,514 — but more grim estimates by the Office for National Statistics put the tally in the region of 55,000 when suspected virus deaths are included.

A total of 890 more people were diagnosed with the viral disease in the last 24 hours, bringing the total number of infected to 310,250.

But millions of cases have went missed because of a lack of widespread testing, and the ONS predicts around 3,000 people are still catching COVID every day in England alone.

Meanwhile, holidaymakers will be able to travel abroad for summer holidays next month under a “traffic light” system that ranks countries based on their coronavirus risk, it emerged today.

Britons visiting nations that are “green” or “amber” - which includes most tourist hotspots in Europe, including Spain, Italy, Greece, Turkey and France - will not have to self-isolate when they return.

Only those flying to “red” countries - such as the US, Brazil and India, where the virus is still rife - will have to quarantine indoors for 14 days after flying back.