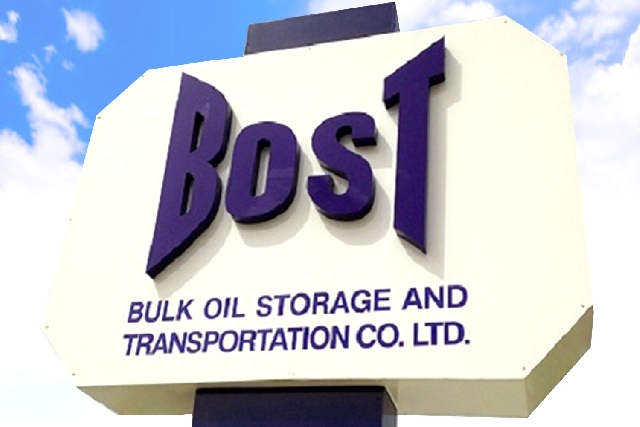 The Bulk Oil Storage and Transportation Company Limited (BOST) has cleared all of its GH¢237 million debt owed some domestic banks in the country.

The money, which was owed GCB Bank, Fidelity Bank, UMB Bank and UBA Bank, was paid through a combination instruments including internally-generated funds, the upward adjustment of the BOST margin and an intervention from the government.

In a release issued by BOST, the company noted that it had also paid $573 million out of its $623 million debt to suppliers and related parties, and successfully vetted and reviewed the $36 million claims from product lost claims from Bulk Distribution Companies (BDCs) to $14.8 million.

The company said it was an indication that it had efficiently utilised the three pesewa increase in the BOST margin.

“In January 2017, the state of the company was as follows: a debt of $623 million to suppliers and related parties; $36 million claim by BDCs for products lost in the  BOST system; decommissioned petroleum barges; non-operational Tema-Akosombo-Petroleum-Product-Pipeline since 2015; non-operational Buipe-Bolgatanga-Petroleum-Product-Pipeline; non-functional Bolgatanga and Maame Water Depots since 2015; old-fashioned pumps and meters across the depots; GH¢237 million debt owed a  number of domestic banks; 15 tanks decommissioned out of 51 tanks.

“As we speak, thanks to the upward adjustment, continuous government support and the efficient management of BOST, the company now boasts of a functional Bolgatanga depot exporting products to the landlocked countries of the Sahel region; successful repair of nine out of 15 decommissioned tanks; payment of debts to suppliers and related parties down to $50 million; successful vetting of BDCs’ lost product claims of $36 million down to $14.8 million; fully repaired Buipe Bolgatanga Petroleum Product Pipeline; fully repaired Tema Akosombo Petroleum Product Pipeline; 90 per cent completed Bulk Road Vehicle Truck Park in Bolgatanga; outright settlement of debts owed domestic banks; successful repair of all petroleum barges; return to shipping 3.3 million litres of products per trip of the barges from Akosombo to Buipe, which is the equivalent of 62 trucks loading an average of 54,000 litres per truck; cutting down the operational expenses of BOST per year from a humongous GH¢453 million in 2016 to GH¢190 million in 2019 among others,” the release highlighted.

BOST, therefore, asked the public to disregard claims that the company continued to underperform despite the upward adjustment of the BOST margin some 11 months ago.

“BOST, which is the strategic petroleum storage and distribution company of the country, has never been better managed than now,” the release noted.

The company has, therefore, asked the public to have confidence in the current management and look forward to nothing but the best from the company.

The Institute for Energy Security, in a recent release, asked for a withdrawal of the adjustment in the BOST margin.

It argued that the three pesewa upward  adjustment  of  the  BOST  margin  had  not  been  properly  justified by  BOST  and  that  the  company  continued  to underperform despite the intervention.

Responding to these claims, BOST indicated that the BOST margin was  introduced  purposely  for  the  operation  and  maintenance  of  the petroleum  storage  and  distribution  infrastructure.

“Given the huge investments made in  building these over the years, failure on the parts of successive governments to review the margin from 2011 resulted in massive dilapidation and in some instances, decommissioning of some of these strategic assets.

“The upward adjustment received was a decision in time to stem the tide of dilapidation and bring these assets back to life and into use. The twisted interpretation is, therefore, unfortunate and should  be  disregarded  with  the  full  force  of  every  meaningful  appreciation  of  the  need  to  keep strategic stock of petroleum products for the nation,” the release from BOST explained.

The release further indicated that the Primary Distribution Margin (PDM), the tax in the petroleum price build-up utilised in the  distribution  of  petroleum  products  across  depots  in  the  country,  was  targeted  at  ensuring uniformity in petroleum product prices across the nation.

It said that tax was under the management of BOST until 2012 when the responsibility was transferred to the National Petroleum Authority (NPA).

“The categorical statement that  BOST  is  still  managing  this  margin  is  simply  false  and  should be disregarded.

“On the three pesewas  upward  adjustment  in  the  BOST  margin,  our  initial  request  was  nine pesewas  to  restore  the  value  to  the  2011  dollar  value.  Despite  our  unsuccessful  attempt,  the increment of three pesewas has been efficiently utilised by the company,” the release stated.