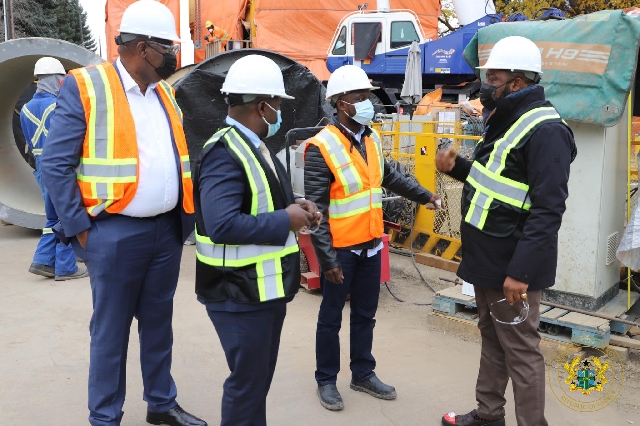 Energy Minister Matthew Opoku Prempeh has reiterated his confidence in the Ghanaian potential to support the industrialisation agenda of the Akufo-Addo administration.

He said Ghana is gifted with talents, which is the basis for technical and vocational training and, therefore, was not surprised that a Ghanaian had been able to set up a company in the industrial province of Alberta, competing forcefully in their areas of operation.

“I have always believed in the Ghanaian ability and when I was told that you had been able to do this, I was not surprised because Ghanaians all over the world are doing exploits and we commend you,” he said.

He further stressed that what is critical is the matter of training and certification.

“You can have the talent and skill to be able to do the job but without proper certification, you will not be competitive,” Dr Prempeh noted.

He asked the Petroleum Commission to build a good relationship with the company especially as they seek to make the newly established Ghana Institution of Welding operational.

“As a minister, my doors are always open to frank discussions with stakeholders to ensure that our people are trained to become competitive not just in the upstream oil and gas space but in related industries,” he added.

Owner of the company, Frank Mensah who also trained at the Northern Alberta Institute of Technology, whilst taking the Minister and his entourage around the company’s operational sites and facilities, expressed delight that the Minister had visited his company.

“I am very delighted that our modest and determined efforts have been recognised by the head of Ghana’s energy sector,” he noted

CEO of the Petroleum Commission, Egbert Faibille Jnr., expressed the Commission’s commitment to using the Accelerated Oil and Gas Capacity vehicle to ensure that the narrative is changed for the better.

He said the Commission will be seeking approval from the Minister to officially launch the Ghana Institution of Welding in January 2022.

BM Welding and Fabrication, according to the owner, has about 90% of its employees being Ghanaian, a move which the minister described as a demonstration of patriotism.

The delegation ended their tour with a visit to BIS Canada, a company specialising in software on health, safety and environment.

After presentations by the company, the energy minister asked the Petroleum Commission to see how best it can collaborate with the company as Health, Safety and Environment (HSE) matters are critical in the Upstream Petroleum Industry.