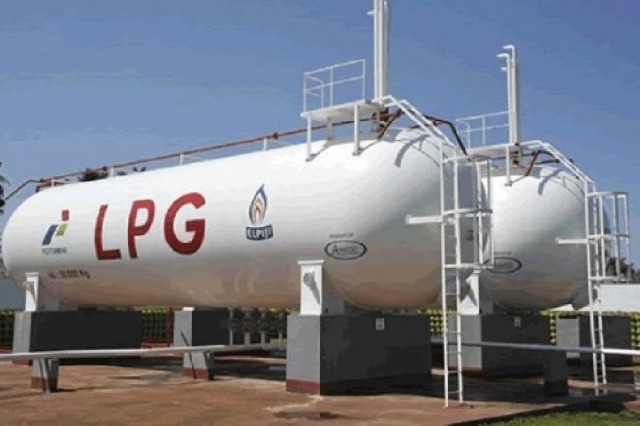 The Institute for Energy Security (IES) has projected some stability in the current price of gasoil in spite of the 8.41% fall in the price of the product on the international market, as a result of the 4.26% decline in the value of the local currency, Ghana cedi, against the US dollar.

The cedi depreciation of 4.26% is enough to force prices of gasoline and LPG to move upward in “significant terms, irrespective of the marginal drop (1.59%) and the marginal increase (0.59%) in the price of Gasoline and LPG on the world fuel market”, the IES said in a statement produced in full below:

Gasoline sold lower in the last pricing window across majority of the Oil Marketing Companies (OMCs) monitored by the Institute for Energy Security (IES), with Gasoil price remaining unchanged. The national average price per litre of Gasoline now stands at GH¢10.90 down from GH¢11.30 in the last window, representing a 3.54% decrease. Gasoil’s national average price per litre remains unchanged at GH¢14.45 as OMCs maintained their prices.

The International Benchmark saw a 5.11% price reduction over the previous pricing window’s average price to a current average price of $89.47 per barrel.

Global oil prices continue to trend downwards, largely on fears of a recessions despite repeated claims of an undersupply set to hit the market. Oil traders and investors still see the bigger threat of a recession as a more viable reason in the short-term to price oil below rates seen in weeks past.

IES Construct, with data from Oilprice.com

Despite the undersupply sentiments not affecting current prices, analysts see a worst-case scenario with oil prices soaring even when we enter the recession period as the years of underinvestment in oil fields production will be the major catalyst for escalating prices.

Some analysts predict prices rising to above $100 per barrel above the current prices that have trended below $90 per barrel in the just ended pricing window.

Oil demand in this year has remained fairly resilient in the face of a multitude of challenges, and even prices of over $100 per barrel failed to curb demand in any significant way earlier this year. Now, prices seem to be somewhat tempered as we continue to experience consecutive windows of drops from its highs above $100 per barrel to lows close to $80 per barrel, a reduction of close to $20 per barrel.

With the Russian oil and gas embargo set to kick in fully in December, prices are bound to jump because alternative supply is limited, as has been evidenced in OPEC’s consistent failure to meet its set production targets within the course of the year. With further OPEC production cuts set to be put in motion as the weeks run by and the need for the U.S. to start refilling its strategic petroleum reserve (SPR) in order to avoid depletion, oil prices point to an upward trend by the close of the year, returns to highs seen at the end of the Q1 of this year.

Data monitored by the IES Economic Desk from the foreign exchange (Forex) market points to a further depreciation of the Cedi against the US Dollar. The Ghana Cedi depreciated by 4.26% from the previous rate of GH¢10.10 to the current rate of GH¢10.53 to the US dollar.

The Institute for Energy Security (IES) projects some stability in the current price of Gasoil in spite of the 8.41% fall in the price of the product on the international market, as a result of the 4.26% decline in the value of the local currency against the US Dollar.