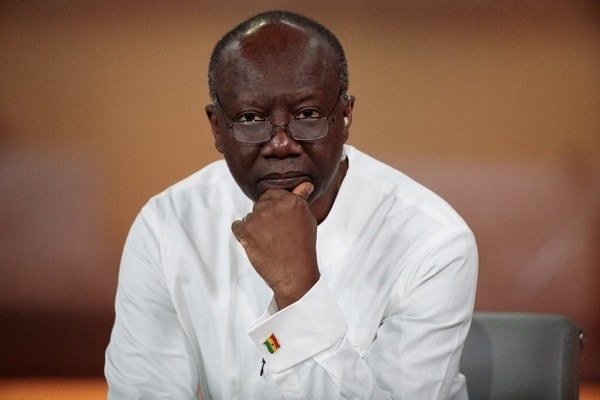 The Ministry of Finance has described as unfortunate the recent downgrade of Ghana's credit rating from B to B-negative by the international rating agency, S&P Global.

It said in a press release issued yesterday that while it recognised that the downgrade was widespread — affecting other countries worldwide — it found it disturbing that rating agencies would choose that path at a time when countries, including Ghana, were battling an unprecedented crisis.

"It is very unfortunate that rating agencies will choose to downgrade our countries in these unprecedented times," the statement, issued by the Public Affairs Department of the Ministry of Finance, said.

"As the South African Revenue Services Commissioner recently argued: ‘While we understand the underlying factors that are pointed out by the rating agencies, we think that during such a time of crisis, when the whole world is recalibrating and redefining its economic status, for any downgrades to be issued during this time is like kicking us when we are down’.

“We, therefore, call on rating agencies to seriously consider freezing any rating actions during global pandemics such as the COVID-19," it added.

The statement was in response to a publication by S&P Global Ratings that communicated its decision to downgrade Ghana's long-term foreign and local currency sovereign credit ratings to B-negative from B.

The agency, however, affirmed the short-term ratings at B, with the outlook being adjudged as stable.

The ministry said the lowering of the rating was mainly on account of the government's decision to increase public spending to help contain the impact of the COVID-19 shock on lives and the economy.

It said a review of global credit ratings indicated that Ghana was not the only country to suffer a lowering of sovereign credit ratings, noting that more than 80 countries had been affected, with negative outlook revisions for the year being more than 100.

"Most of these credit rating downgrades and negative outlook revisions are heavily concentrated on the countries who previously were at B/B2 credit ratings," it said.

"These adverse rating actions have touched almost all continents, as rating agencies react to the effects of the pandemic on the global economy," it said.

The ministry said the government was focused on saving lives and livelihoods, and that required some temporary fiscal and economic adjustments, including some one-off expenditures.

"The government chose to save lives and, therefore, instituted temporary life-saving initiatives and interventions aimed at protecting the general population against the negative economic effects of the pandemic," it said, and mentioned the interventions to include subsidies on water and electricity to support vulnerable households during the lockdown period.

"The government also provided credit for micro, small and medium enterprises (MSMEs) whose businesses were most impacted by the lockdown," it said.

It noted that in spite of the interventions, the economic fundamentals remained strong and recovery prospects were high.

That, it said, was reflected in the positive narrative on how Ghana had managed the economy under the pandemic.

It said the government had a clear path towards the restoration of economic stability in the short to medium term.

It said it would sustain the progress made and accelerate it through the GH¢100 billion Ghana CARES transformation programme within the general policy framework of the Ghana Beyond Aid and beyond the pandemic.