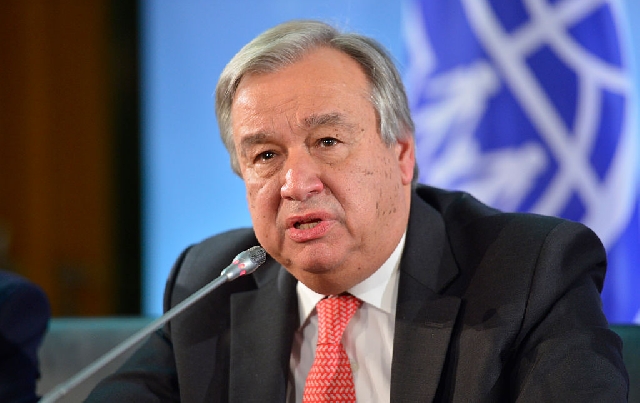 African Development Bank President Akinwumi Adesina on Monday joined world leaders to discuss the global transition to clean power as part of a green recovery and identify actions that can be taken to support this.

The virtual COP26 Roundtable on Clean Power Transition, under the theme “Achieving a rapid shift to green, affordable and resilient power systems” was held amid growing recognition that climate change remains one of the greatest challenges facing humanity.

Guterres said the year ahead would be critical “not only in beating the COVID-19 pandemic but in meeting the climate challenge”. He said African countries in particular were vulnerable and renewed his call for developed nations to fulfill their longstanding pledge to provide $100 billion a year for developing countries to support both climate mitigation and adaptation.

“Huge amounts of money have been earmarked for the COVID-19 recovery and stimulus measures. But sustainable investments are still not being prioritized,” Guterres said. “We must invest in the future of affordable renewable energy for all people, everywhere.”

These discussions have gained an added urgency in the wake of the COVID-19 pandemic, which has strained fiscal resources that are available to cope with global crises. The accelerated transition to green, affordable and resilient power systems has been identified as a top priority for COP26 under the presidency of the United Kingdom, which has established the Energy Transition Council to drive the transformation.

One of the most direct impacts of the pandemic was the disruption it caused to the 2020 edition of the global climate change talks known commonly as COP, hosted annually by the United Nations. The event was postponed to November this year, when it is due to be held in Scotland.

COP26 President Sharma said the global transition to clean power must move at least four times the current pace to achieve targets set out in Paris Agreement on climate change. He called for enhanced global cooperation to boost innovation and economies of scale.

“This is our moment in history to make those vital decisive and positive choices so that we can protect the future of our planet and our peoples. So, let’s continue to work together to bring the benefits of clean affordable and resilient power to the world,” Sharma said.

Di Maio, whose government co-hosted Monday’s event, said a clean energy transition “must be a universal goal in the interests of the entire international community.”

“Italy has been working with international agencies and private sector to foster smart and digital power infrastructure in African countries. Such an improvement would boost energy efficiency and facilitate energy access for all local communities.”

Reiterating that the African Development Bank will no longer finance coal projects, Adesina said the Bank had prioritized renewables as the mainstay of its Light Up and Power Africa strategic priority, as a result of which the share of renewable energy in the Bank’s power generation investments now stands at 80%.

“The Bank has been at the forefront of transformative renewable energy projects in Africa, including large-scale concentrated solar projects in Morocco – one of the largest in the world – and the Lake Turkana wind power project, the largest in Sub-Saharan Africa,” Adesina said.

The Bank expects to invest $10 billion in the energy sector over the next five years, Adesina said. One of its flagship projects is the $20 billion Desert-to-Power program, which strives to build the largest solar zone in the world in the Sahel and to provide electricity to some 250 million people.

“When we light up and power Africa – based on an energy mix aligned to a low carbon transition and prioritizing renewable energy sources – we will achieve a more economically prosperous Africa,” Adesina said.