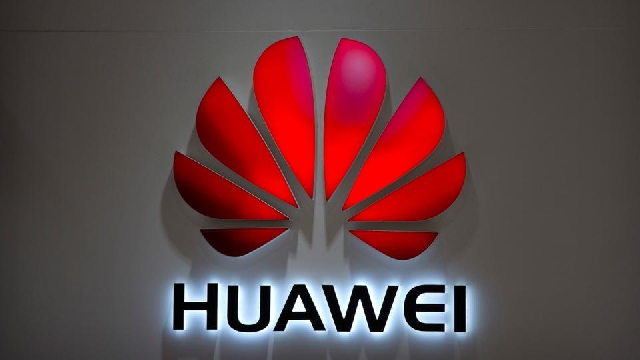 Telecoms providers must stop installing Huawei equipment in the UK's 5G mobile network from September, the government has said.

The announcement comes ahead of a new law being unveiled on Tuesday, which bans the Chinese firm from the network.

Digital Secretary Oliver Dowden said he was pushing for the "complete removal of high-risk vendors" from 5G networks.

The new deadline falls earlier than expected, although maintaining old equipment will still be allowed.

Huawei told the BBC it would not be commenting on the announcement.

Attempts to rid Huawei from the network have been ongoing for more than a year.

But the new Telecommunications Security Bill is the first step in enshrining such bans in law, and offers details of exactly how it will work - if it is passed by Parliament.

MPs will debate the bill at second reading in the Commons on Tuesday.

It will give government national security powers, allowing them to give instructions to big telecoms companies, such as BT, about how they use so-called "high-risk" vendors like Huawei, if at all.

It also threatens telecoms firms with hefty fines if they fail to comply with the new, higher security standards. They could total 10% of turnover or more than £100,000 per day.

Mr Dowden said that the "new and unprecedented powers" would allow government to "identify and ban telecoms equipment which poses a threat to our national security".

"We are also publishing a new strategy to make sure we are never again dependent on a handful of telecoms vendors for the smooth and secure running of our networks," he said.

The ban on installations will be accompanied by measures to encourage more suppliers to enter the market and replace Huawei, and the development of new technologies that open up the market.

There were fears firms might stockpile new kit and install it later, despite a ban on buying it from the end of 2020.

Under the new strategy, the government will spend an initial £250m which will involve setting up a National Telecoms Lab research facility as well as investing in open radio technology.

"Our plans will spark a wave of innovation in the design of our future mobile networks," Mr Dowden added.

It follows months of political wrangling, both in the UK and internationally, over Huawei's threat to security and its alleged links to the Chinese state.

In July, the government ordered the complete removal of the company's kit from the entire 5G network by 2027, amid pressure from the US.

The UK had initially decided that Huawei equipment should be removed from the sensitive part of the "core" network, and only make up a maximum of 35% of the non-core systems. The deadline was set to be 2023.

Huawei, however, has dismissed concerns from both the US and its allies over its operations.

Its vice-president Victor Zhang has previously said that the decision to remove the firm from the UK's 5G network was "politically motivated and not based on a fair evaluation of the risks".