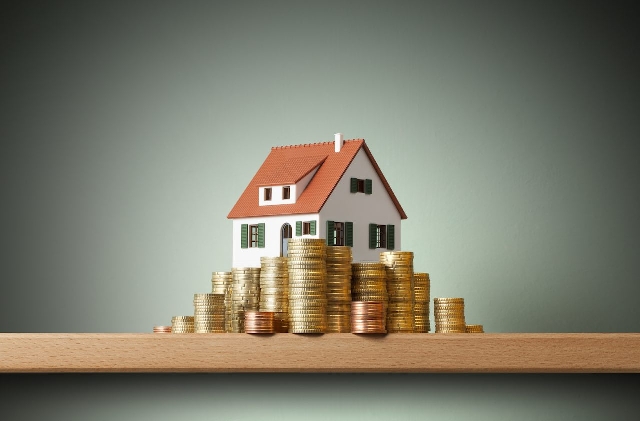 Ghana must devise more efficient means of collecting property taxes on residential and commercial properties in the country as part of measures to rope in more revenue, Deputy Governor of the Bank of Ghana, Dr Maxwell Opoku-Afari, has proposed at a public lecture organised by the University of Ghana Business School on Thursday, 2 September 2021, on the theme: ‘Rethinking Development Financing: Macroeconomic Management When The Love Is Gone’.

Property tax collection in Ghana is administered by local government authorities, he said, “but hampered by lack of proper records and ineffective collection efforts”.

According to him, the “appeal of property-related tax is that property is not easily hidden from tax authorities and also often has sufficient benchmarks for valuation purposes”.

Dr Opoku-Afair said property taxes raised in many African countries are estimated to be less than 0.5 per cent of GDP compared to 3 per cent in OECD countries.

Mauritius, he said, has made progress in boosting revenue from property taxes, compared to most African countries.

For instance, he demonstrated, “in 2018, 4.9 per cent of revenue in Mauritius were from property taxes, significantly higher than the African average of 1.6 per cent and close to the OECD countries’ average of 5.3 per cent”.

These include land registration duties; land transfer taxes; capital gains tax; taxes on the transfer of leasehold rights in state land; stamp duties; among others.

“We can learn from Mauritius and ensure that we reap appropriate revenue on our assets”, he said.

“And the recent initiatives by the government to introduce the Ghana card, the Digital Address System, and the Digitisation of the Land Registry provide the needed framework to achieve this objective”, he noted.

Dr Opoku-Afari said the large informal sector of the country has hindered the optimum realisation of tax collection over the years.

This, he said, “should help bring in a lot more people into the tax bracket, going forward, and facilitate the raising of revenue from the large informal sector”.

“The informal sector comprises Micro and Small Enterprises, and will require a simplified and modified tax system to bring them into the tax fold. It is for this reason that the recent announcement by the Vice-president of the introduction of a Modified Taxation Regime is very critical, and could unlock the binding constraint to tax collection in Ghana”.

Citing Georgia as an example, Dr Opoku-Afari said she introduced a simplified tax regime for Micro Small and Medium Enterprises (MSMEs) in 2010, where businesses with a certain threshold in annual revenues and with very minimum employee threshold are designated as “micro” businesses and exempted from income tax.

Firms with annual revenue within a certain range are designated as “small” businesses and have the option to be taxed based on revenue instead of profits, at a rate of 3 or 5 per cent.

This was one of many tax reforms that had been introduced in the country.

“A revised tax code passed in 2004 simplified the tax system, reduced rates, and eliminated a number of ‘nuisance’ taxes that had been generating little revenue. A flat rate of 20 per cent replaced the progressive personal income tax rate”.

“Corporate income tax was also at a flat rate of 15 per cent. The revenue lost from lower tax rates was compensated by a broader tax base, better compliance and strict enforcement. By 2008, with a streamlined tax regime, Georgia’s tax revenue to GDP ratio had doubled to 25 per cent. Other reforms included modernisation of registration, filing and management of payment obligations; and making enhanced audit and verification part of the tax administration process. The Georgia example is clearly how we grow the private sector, with reduced tax burden, so over time, the booming private sector can also grow government revenue”.

“Of course”, he noted, “tax regimes must take into account country specifics, but lessons from Georgia and other countries on how best to tax the informal sector through formalisation will support our efforts in this area. Guyana, Cambodia, Liberia and Georgia are noted as having used information management systems to boost revenue mobilisation by computerising the administration of taxes and customs, automating most processes including simplified e-filing, introduction of a one-stop internet portal as well as the introduction of tax identification numbers”.