Collaborations: Sarkodie says sorry to Samini, explains his silence is sometimes due to 'writer's block' 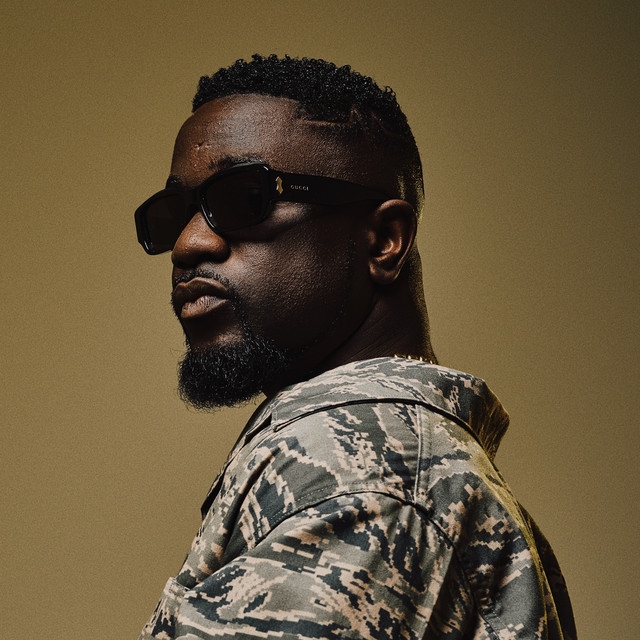 Sarkodie has apologised to Samini.

Yesterday in the evening and beyond midnight, Samini ranted on Twitter about how Sarkodie had disrespected him by ignoring his request to be on his 2021 'Burning' extended play (EP).

He said it is a behaviour which is not new to him and that he had observed Sarkodie was not proactive with granting verses even when he had once given him a verse under 24 hours, culminating in their 2014 megahit 'Love Rocks'.

Samini called Sarkodie fake and an artiste who is not self-reliant in the pursuit of hit songs unlike him. He was asserting that the times he requested for a verse from Sarkodie was not out of a dire need but sheer artistic expression and reciprocity.

Reacting to this on Accra-based Hitz FM, Tuesday morning, January 24, 2023, hosted by Andy Dosty, Sarkodie stated he does not have any control over Samini's feelings but "I can only say sorry to how he feels, not necessarily because I agree with everything he is saying but if that's how he feels...

"My mind is actually not focused on the things he is talking about."

Seeming pained, he gave the impression he would have handled such grievance in a different way.

"To make some things clear, as I said in the beginning, I treat things differently from how people will treat things," he said adding that: "Every person in this industry has [some thing they are not please about]. I wouldn't call it pain because I don't care."

He stressed that: "Everybody [in the industry] has something happening to them."

"So I get it. He [Samini] has expressed [his feelings]," he added and argued that unlike the malicious pussyfooting Samini accused him of, there "are a 1000 people" who will attest to the fact that he is prompt with help on music. He also granted that, at the same time, there are "some people who will also say, I am slow to grant guest requests on songs."

Sarkodie then indicated that he has explained to Bulldog, alias Bullgod, that "it's about the music," at the end of the day, whether he will be quick or slow to assist.

If he delays, he revealed, it is "not because the song is not good. You could hear a song that is so good but maybe you don't hear yourself [on it] and maybe you're trying to find a pocket [a place] in the song [so] one day you [eventually] do it."

With "some [other] songs," he went on, it takes "like 2 seconds," to be hit with inspiration to finish it and send it back to the host artiste.

"Probably, if I send you a song and you really loved it in that moment, you did it," the SarkCess Music boss said. "I'm not talking about him [Samini, in particular]. It could happen, in general."

"So to my brother, I'd definitely say sorry for how he feels," Sarkodie, nicknamed the Landlord, stressed in his signature dark glasses, quickly adding that he was not "endorsing everything he [Samini] is saying [as] what I believe in or what I think is the truth but if he says he feels like that then yeah, sorry."

In 2017, Ivorian legend Meiway in a Joy FM interview called Sarkodie out saying "he didn't have respect for me." He had reached out to the Ghanaian superstar for a collaboration for a new album but noted that it had been "one year and a half now he hasn't responded... We [had] agreed on everything, yet he kept tossing me till now."

That same year, on Starr FM, Yemi Alade recounted failed efforts to have Sarkodie on a project even after he had assented to it. She called the behaviour "super unfair, unprofessional and unkind."

In 2018, rap superstar EL revealed Sarkodie had "not been responding to my text messages for the past six months." He had "been trying to do a collaboration with Sarkodie but every effort made to reach him on phone had failed." Three years after, Sarkodie appeared on track 8 'Lowkey' on EL's much-anticipated 'West African Vibes (WAVs)' album.

In 2020, Madtime Entertainment boss Kwaw Kese in a 4Stye TV interview bemoaned that Sarkodie ignores his calls and requests for collabotation.

“If I send you a message, you have to respond… it’s not Sark alone, it goes to all other musicians,
he said and decried the pride of some music acts. “I and Sark are very tight and we really go way back,” when both of them were yet to taste stardom, “but it got to a point [where] you’ll text him and get blue-ticked [with] no response.” Two years later, Kwaw featured Sarkodie on 'Win'.

In 2021, VRMG boss Edem indicated how Sarkodie failed to show up for a music video shoot they had agreed, on leading to his team recording losses. The video was for the song 'Favour' which also had Efya on it. Apparently, in sarcasm, Edem tweeted: “Yo @sarkodie I know you feel bad for not showing up for #Favour video. [My] team even los[t] money for that... But I forgive you my g... No hard feelings... Call me when you need me, I go dey for you.”

Performer Sherifa Gunu during an EBN TV interview also spoke bitterly about Sarkodie. "When you send him a message, it takes two to three months for him to respond. This particular issue I don't want to talk about it. Let's skip it please," she said.

On Twitter, rapper Deemoney also indicated Sarkodie had been ignoring his WhatsApp messages.