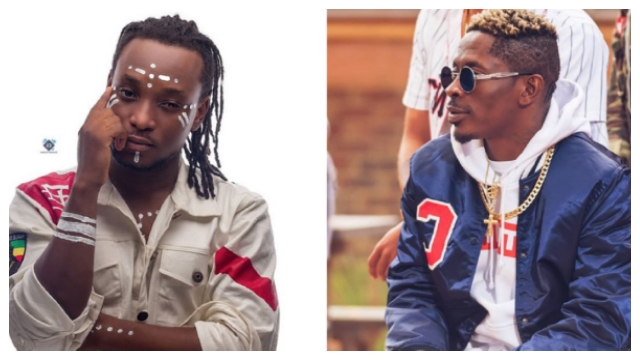 Reggae/Dancehall musician Epixode has revealed that he is the original owner of the “1 Don” moniker, which has recently been adopted by Shatta Movement (SM) boss Shatta Wale.

Epixode, in an interview with Sammy Flex on his online ‘Showbiz Daily’ show, said that he started using 1 Don very early in his career on social media until recently and even in his songs.

“Not to argue with anybody but if the fans can go back and listen to the intro of Kutu, which was released in 2016-2017,” the ‘Wahala Dey’ crooner said.

“I am going to be truthful about this, I don’t know when Shatta Wale started using 1 Don. I have my evidence that I’ve been using 1 Don from way back. Even in Kutu, it was in there. Most of my songs, it’s in there. 1 Don has always been my name,” he added.

Explaining the reason why he chose to use that name, the “Very Good Bad Boy” said that his choice was based on the fact that he had always excelled in his music career.

He stated: “Check from where Epixode started. I have never lost any battle; from when we started clashing from 2011 till now", adding that: “In my circle, I am the President of whatever I do. When I started using Very Good Bad Boys, I know Captain Planet was also using Very Good Bad Guys which we’ve never spoken about yet,” Epixode said.

He confidently sealed the conversation, saying, “I am the 1 Don and the last Don.”

It will be recalled that lately, Epixode has not been in the good books of SM fans over comments he made about the kind of genre the ‘Borjor’ hitmaker does. Even though many of the fans and followers think Epixode is clout-chasing, he still stands by his 1 Don title claim.

Epixode is currently promoting his latest single, “Too Much.”

He is also a graffiti and visual artist and the CEO of Wear Me Kicks, a shoe modification and sales outlet.