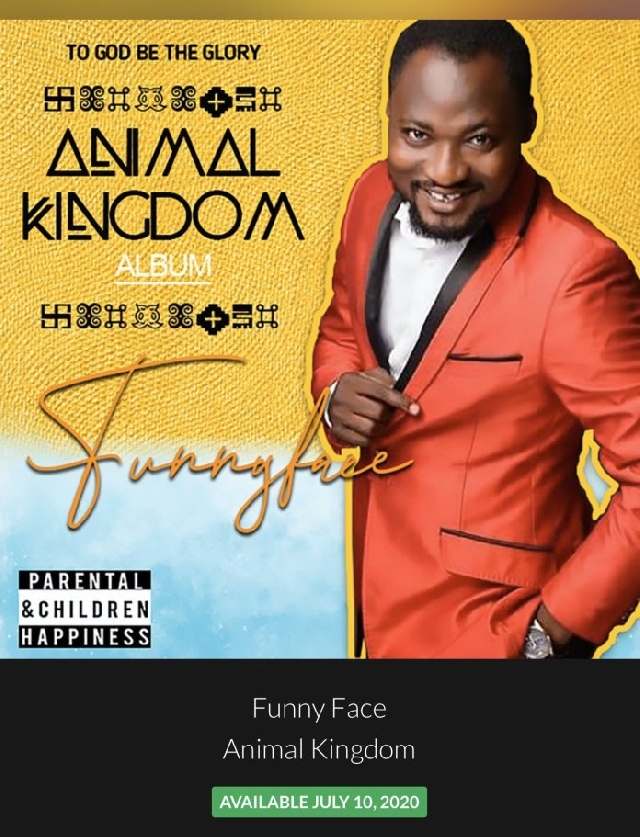 Popularly known as the Children’s President, Funny Face announced on social media that the 17-track album features artistes Like D-Cryme, Gasmilla, Article Wan, Bisa Kdei and the missing Castro, among others.

Known in real life as Benson Nana Yaw Oduro Boateng, the Kasoa Trotro actor posted the cover art of the upcoming album on social media with the caption: “TO GOD BE THE Glory… GYE NYAME… we back stronger Dan Ever”

Funny Face was recently in the news over a misunderstanding with his colleagues in the music industry, which left his marriage crushing after his wife fled with his twin daughters.

This made the comedian emotionally devastated amidst rants on social media.