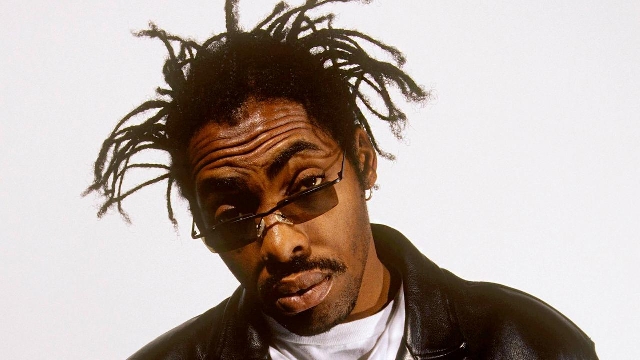 Rapper Coolio has passed away on Wednesday at the age of 59.

The musician - famous for his 'Gangsta's Paradise' song on the soundtrack of the Michelle Pfeiffer film, Dangerous Minds - was visiting a friend on Wednesday afternoon when he was found dead according to TMZ.

The star's manager, Jarez, shared that Coolio was found unresponsive on a bathroom floor, with the paramedics - who were called to the scene around 4 PM - suspecting he suffered cardiac arrest.

The publication reported that the EMTs pronounced Coolio dead on the scene. An official cause of death has not been determined.

The police have reportedly opened a death investigation but there does not appear to be signs of foul play at the moment, and the coroner is expected to make a final determination after the autopsy.

He is survived by his six children and ex-wife, Josefa Salinas, whom he married in 1996. The former couple split four years later.

Coolio was recently seen performing on stage during Riot Fest 2022 at Douglass Park on September 18, in Chicago, Illinois.

His passing comes just four days after he took to Instagram to share his latest performance in Texas.

He was also seen looking healthy earlier in April at the airport in Sydney where he generously stopped to take photos with fans, ahead of his concert at Luna Park.

The rapper has toured smaller venues throughout the United States over the past few years, playing a number of hits from his back catalogue.

The outlandish singer released Gangster's Paradise in 1995 and the song topped the charts in the US, UK, France, Ireland, Australia and New Zealand.

The single itself sold over six million copies worldwide and came from his four-time Platinum-selling, Grammy-nominated 17-track album of the same name.

In May, Pfeiffer reminisced as she shared an image taken in 1995 when the two worked on the music video for Gangsta's Paradise.

Pfeiffer was the star of the film, playing former Marine LouAnne Johnson who goes to work at a high school as a teacher in a rough neighbourhood in California.

Meanwhile, Coolio provided the smash hit song and was awarded a Grammy for Best Rap Solo Performance, two MTV Video Music Awards for Best Rap Video and Best Video from a Film and a Billboard Music Award for the song/album.

The singer used religious undertones in the lyrics and said he felt a calling to make the tune.

'Gangsta’s Paradise' wanted to be born; it wanted to come to life, and it chose me as the vessel,' he said.

Some of the lines were from Stevie Wonder, who would not allow any cuss words.

Coolio said, 'I had a few vulgarities...and he wasn't with that. So I changed it. Once he heard it, he thought it was incredible.'

The music video for the song was directed by Antoine Fuqua, and featured Pfeiffer reprising her role.

Unfortunately, Coolio was unable to duplicate that level of success again and gained only a small amount of recognition with subsequent song 'I'll C U When U Get There.'

He later became a chef and even released a cookbook titled Cookin' with Coolio.

He also appeared on an episode of Celebrity Wife Swap in 2013.

Rapper Ice Cube took to Twitter after hearing the sad news and paid tribute to Coolio, writing, 'This is sad news. I witness first-hand this man's grind to the top of the industry. Rest In Peace.'

Sean Evans shared a photo of a Coolio CD, writing, 'First CD I ever bought in may life and the most legendary Wing 10 Last Dab these eyes have ever seen RIP Coolio.'