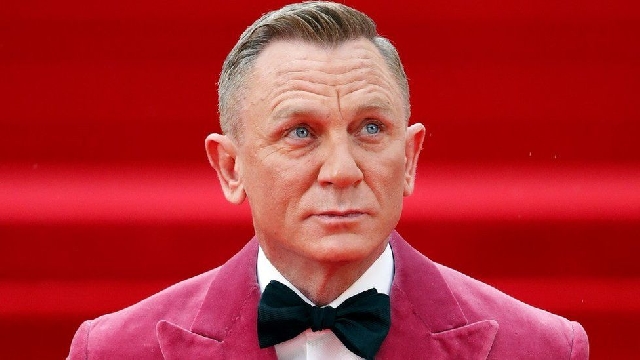 Daniel Craig's final film as James Bond has notched up the highest opening weekend UK takings of any 007 movie.

Craig's fifth and final film as Bond made £21m between Friday and Sunday, according to Screen International.

That beat Skyfall's opening takings of £20.2m and Spectre's £20m. Those films sit at numbers two and three in the all-time UK box office chart.

Many in the industry are hoping No Time to Die will kickstart the box office after cinemas shut during the pandemic.

It was directed by US film-maker Cary Joji Fukunaga and also stars Lea Seydoux, Rami Malek and Lashana Lynch.

Most critics praised the film, with many giving five-star reviews after its premiere at the Royal Albert Hall earlier this week. But some suggested the movie did not quite justify its 163-minute running time.

Universal said No Time to Die opened in 772 cinemas in the UK and Ireland on Thursday - 25 more than the previous record-holder, Star Wars: Rise of Skywalker, in 2019.

When Skyfall made its big-screen debut nine years ago, it opened in 587 cinemas.

Focus will soon switch to how No Time to Die performs on the other side of the Atlantic when the film opens there on 8 October.

The market in the US and Canada currently appears to be in rude health, with Venom: Let There Be Carnage taking $90.1m (£66.3m) on its debut this weekend, setting a new pandemic-era record.