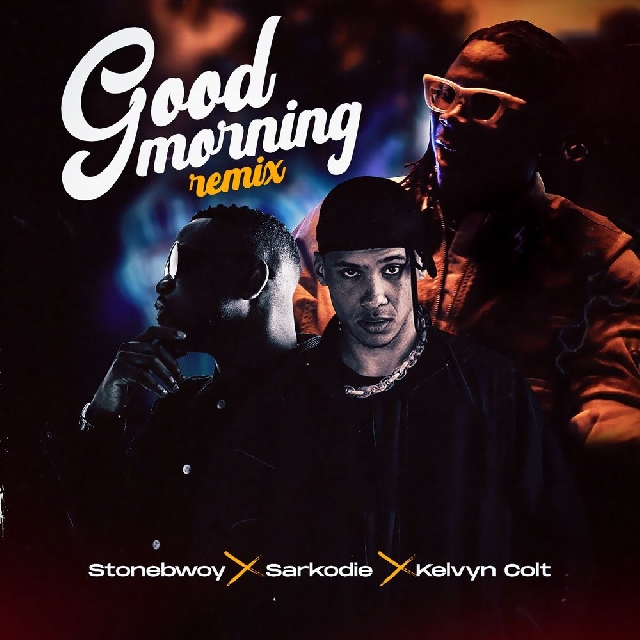 Stonebwoy took fans and followers worldwide by surprise with the latest record, especially at a time when they are still in the “Putuu” mood in the “Anloga Junction” album atmosphere.

Barely 12 hours after the release of the remix, Twitter has been buzzing with praises for the two Ghanaian music exports.

Many of the reactions are centred on a line in Sarkodie’s verse, revealing the key to a hit song, which he described as a “tip”: “A little bit of BHIM and HAH on a track,” he says. 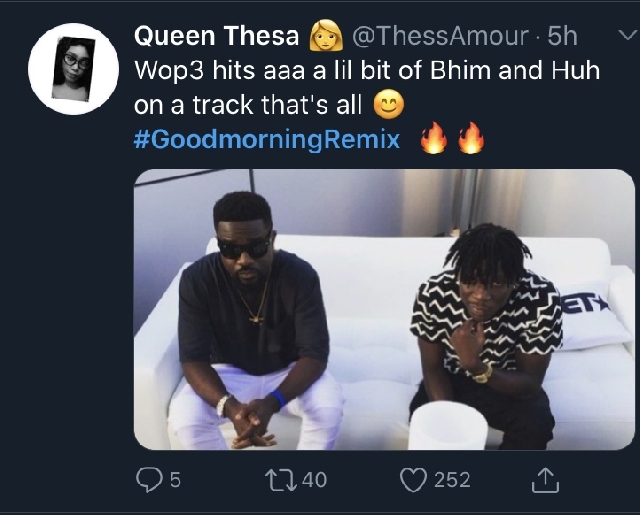 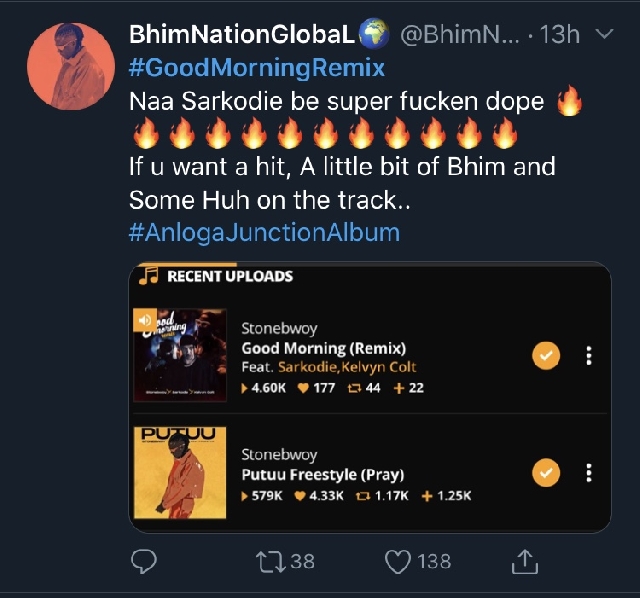 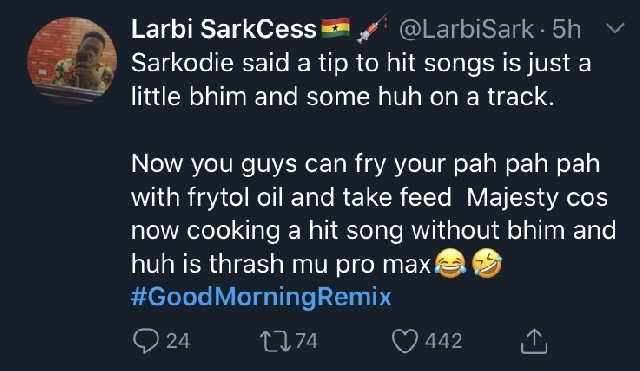 Kelvyn Colt also seems to be enjoying an appreciable level of acceptance from Ghanaians, as he is new to many here.

Here are some reactions: 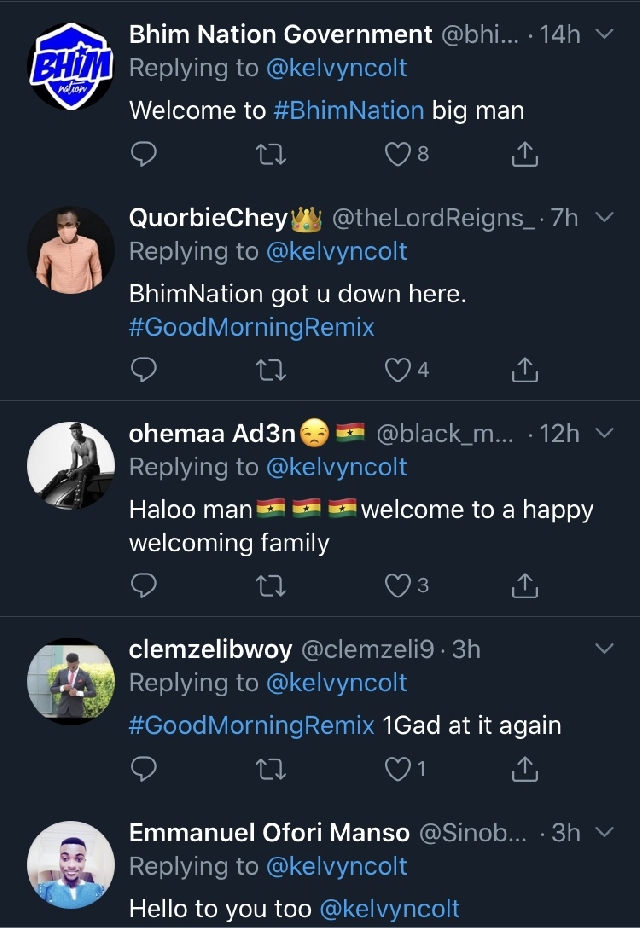