Why is GHAMRO still running if it is bankrupt? — Akosua Agyapong questions 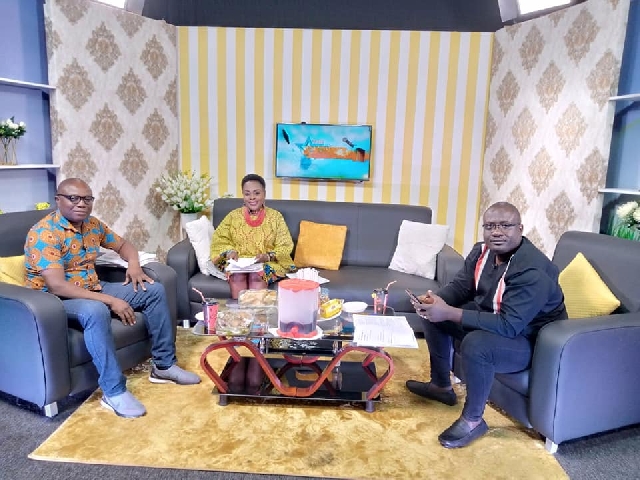 The Chairperson of the United Concerned Musicians (UNICOM) of the Ghana Music Rights Organisation (GHAMRO), Akosua Agyapong, has questioned the existence of the royalty collection and distribution body because, in her view, it seems to be bankrupt.

She explained that GHAMRO is bankrupt because the sums of money they collect do not reflect in the disbursement to its members, explaining that the royalty collection and distribution body has three main sources of finance into which money has been pumped over the years.

According to her, “GHAMRO is financed from three sources: blank levy from the government, licence revenue from the media and hospitality outlets; and royalties.”

She stressed that money from these sources come in huge sums but are poorly distributed.

Wielding a huge pile of documents from which she made references, she cited numerous instances and channels through which money gets to GHAMRO but is not evenly distributed.

Speaking to Kojo Preko Dankwa on CTV’s The Showbiz Show on Friday, 14 August 2020, Akosua Agyapong said the canker that exists at GHAMRO is as a result of mismanagement from the leadership over the years.

The Public Relations Officer (PRO) and Consultant of UNICOM, Hagan Awuku, rehashed the situation at GHAMRO, adding that only a section of creative art industry players are benefitting while the other faction is being taken for granted.

“Being taken for granted is painful”, he said.

“There is a popular notion that there’s no money at GHAMRO but if you examine critically, you will find that there's actually a lot of money there,” he noted.

UNICOM is a pressure group and a subsidiary of GHAMRO, aimed at serving as a watchdog to investigate their activities and ensure accountability.