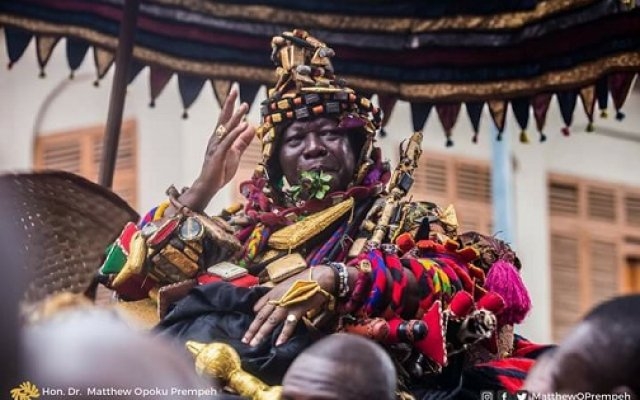 Thousands of Ghanaians and foreigners have thronged the capital of the Ashanti Region, Kumasi, to mark the 20th anniversary of the installation of Asantehene Otumfuo Osei Tutu II, as the Asante monarch simultaneously celebrates the ‘Akwasidaekese’ festival, which is marked every five years.

There is heavy security in Kumasi and at the Manhyia Palace in particular where local and foreign dignitaries have gathered.

Also, over 40 international dignitaries, including former President Olusegun Obasanjo of Nigeria, are expected to attend the event.

Major roads have been blocked in Kumasi to pave the way for the celebration.

Otumfuo Osei Tutu II was enthroned on the Golden Stool as the 16th Asantehene on 26 April 1999.

The three-month-long anniversary celebration will end on 12 May 2019 with a golf competition at the Royal Golf Club in Kumasi.