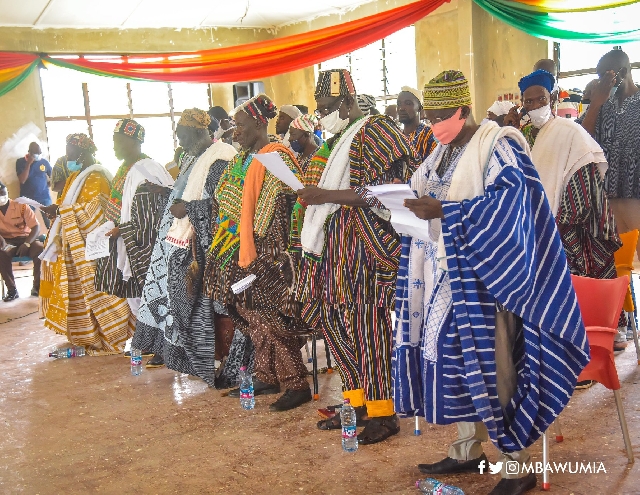 Chiefs in the Northern part of Ghana

The Vice President, Dr Mahamudu Bawumia, on Wednesday, September 24, 2020, inaugurated the newly-created North East and the Savanna Regional Houses of Chiefs in Nalerigu and Damongo, respectively.

Dr Bawumia described the ceremony as a historic moment for the two regions, as traditional rulers, who were sworn in as members of the Regional House of Chiefs, sealed their names in the record books as founding members of their respective Houses of Chiefs.

The Vice President stated: “Chiefs are custodians of the people and our tradition, and the government of President Akufo-Addo will keep working closely with traditional rulers in the country to continue with our vision of bringing democracy and development closer to the people.”