Otumfuo Osei Tutu II is 22 years on the Golden stool 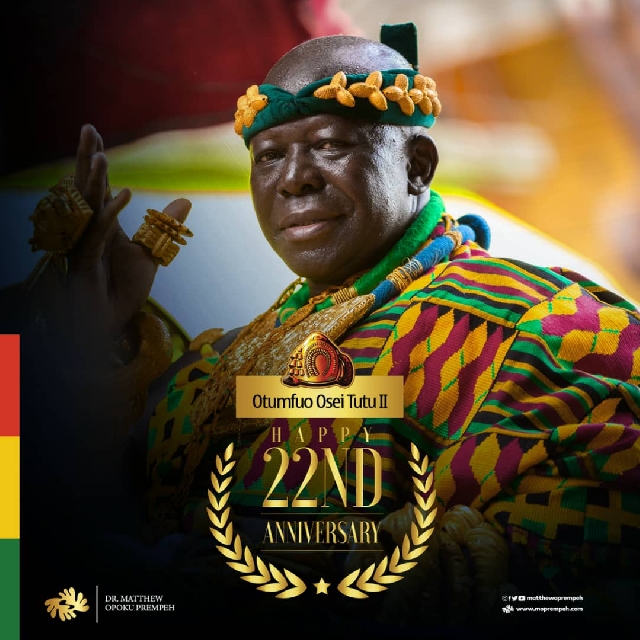 He is also the Chancellor of the Kwame Nkrumah University of Science and Technology (KNUST), the Grand Patron of the Grand Lodge of Ghana and the Sword Bearer of the United Grand Lodge of England.

Between 1981 and 1985, he was a senior consultant at the Mutual of Omaha Insurance Company in Toronto, Canada.

He returned to London in 1985 and became the Personnel Officer at the HPCC Stonebridge Bus Garage Project, in the London Borough of Brent.

He returned to Ghana in 1989 to start a transport business, the Transpomech International (Ghana) Limited.

The Asantehene is highly revered in the Ashanti Region and other parts of the country.

He headed the Committee of Eminent Chiefs that helped to end the over two-decade Dagbon chieftaincy crisis.

In 2009 he launched the Otumfuo Osei Tutu II Charity Foundation to serve his people in two of his main focus areas: education and health.

In February 2020, he became the first person to receive the 'Pillar of Peace Award'. This was in recognition of the effort that he put into restoring peace to the kingdom of Dagbon.

He is also a recipient of the CIMG President's Special Award in 2019.