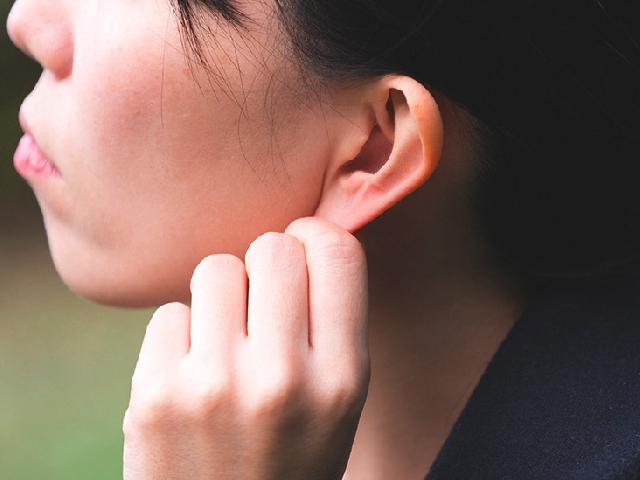 Gemma Cairns, a 32-year-old woman from Scotland, can’t remember the last time she experienced total silence. Even in the absence of outside noises, she can hear everything going on inside her body, from blood pumping through her veins to the movements of her eyes.

Cairns has been able to hear noises coming from inside her body for as long as she can remember, but she only realized it was unusual after mentioning it to her mother as a teenager. She’s been looking for explanations ever since, but until three years ago, doctors couldn’t properly diagnose her condition and only prescribed her medication for blocked ears and nasal problems. Nothing worked, and the young woman had to get used to the idea that she would never learn what was wrong with her. Luckily, she moved to Glasgow in 2016 and was able to see a specialist who finally diagnosed her with bilateral superior semicircular canal dehiscence.

The rare condition means that Gemma is missing part of a tiny temporal bone in both her ear canals, which impacts both her hearing and her balance when moving around. Doctors recommended that she undergo surgery as soon as possible in order to fix the problem, but after getting her right ear fixed last September, she will have to wait until next month to hopefully experience silence for the first time.

“He said we need to operate and was doing it one side at a time. You can’t operate on both at the same time because it knocks you completely off balance for a while,” Gemma Cairns told the Daily Record. “I think the surgery itself took three hours and then I just had to stay over for a couple of days. I was good to go, but the recovery itself was quite gruelling.”

Growing up, and even as a young adult, the 32-year-old always thought doctors considered her a little “crazy” when she told them she could hear her own blood flow, eye-movements and heartbeats, especially since she could never find the right words to describe the sounds.

“When you do say to someone ‘I can hear my eyeballs moving’, people ask me what it sounds like and I try to think of so many things that I can describe it with but I just can’t tell you a sound that sounds even remotely similar to it,” Gemma said. “I’ve never heard it outside of my head. It’s not of a liquid sound, it’s more of a rubbing sound. It sounds like it’s the noise of it hitting against the side of my eyeball. It’s not squeaky, but it’s similar. It’s deep in the back of my head. You get tinnitus with it as well, so there are always noises going on.”

“I’ve never heard complete silence. I’ve always had noises. I’ve always heard my eyes moving and my heartbeat in my head,” the 32-year-old added. “It’s unexplainable. I can’t explain to someone what it actually sounds like.”

As you can imagine, having to cope with the noises coming from inside your body as well as those from the outside can be quite stressful, but Gemma has always tried to keep the sound overload from interfering with her job and daily life. There are times when it gets too much, for example when she moved her eyes really fast all of a sudden, or when her heart starts to pump faster.

The young Scot would really like to go running more often, but her condition makes it hard because her heart rate goes up and she can hear it even louder than usual.

“I quite like running but again it’s because when your heart starts to pump faster, it’s like pulsating tinnitus and I hear it and feel it,” Cairns said. “It gets me really dizzy and sometimes I just think it’s not worth it.”

Despite knowing that she risked losing her hearing, Gemma Cairns underwent surgery to correct her right ear canal last September and will have another one done on her left ear canal in October. She hopes to finally experience proper silence after that.