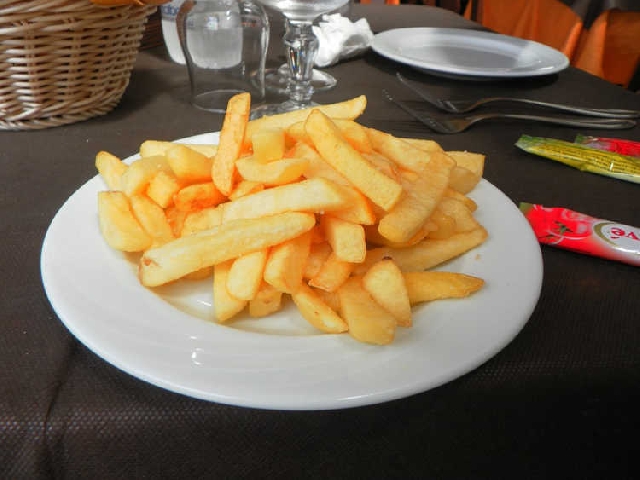 Doctors in the UK recently reported the shocking case of a teenager whose vision has deteriorated to the point of blindness due to a poor diet based mainly on French fries, potato chips, processed meat and white bread.

The Bristol-based teenager, who preferred to remain anonymous, had reportedly been eating only French fries, Pringles chips and white bread, as well as the occasional sausage or ham slice, ever since he left primary school. His family describes him as a fussy eater who could never tolerate the texture of fruits or vegetables. He first went to see his doctors when he was 14, because he had been feeling tired and unwell, and was diagnosed with severe vitamin deficiency. The doctor put him on supplements and advised him to drastically change his diet, but he failed to do so and also neglected taking the supplements, and three years later he was diagnosed with progressive sight loss due to undernourishment.

Doctors at the Bristol Eye Hospital concluded that the teen’s poor diet caused him to suffer from nutritional optic neuropathy. This condition is treatable when diagnosed early, but in this particular case the fibers in his optic nerve had been so badly damaged that the sight loss has been deemed irreversible. As a consequence of the considerable sight loss, the now 19-year-old has quit college and is struggling to find a job.

“His sight went downhill very fast to the point where he is now legally blind,” the boy’s mother told The Guardian. “He has no social life to speak of now. After leaving school he got into college to do a course in IT. But he had to give it up because he could not see or hear anything. He would love a job, but he has not been able to find anything he can do.”

The teen’s mother, who has had to quit her job so she could look after him full time, said that she and the rest of the family noticed his poor diet in primary school, when he would come home with his lunch unpacked. Despite eating only French fries, chips and white bread, he had always been “as thin as a rake”, which always seemed odd. They only realised that there was something seriously wrong with him when he turned 14 and started experiencing vision problems.

“We couldn’t believe it when we were told what had happened. We are told the damage is irreversible. It’s been a nightmare,” the heartbroken mother said. “My son would love a job where he can sit at a desk and be useful. His siblings are doing well. It’s heartbreaking.”

Dr Denize Atan, who treated the teenager at the Bristol Eye Hospital, told reporters that the boy ate French fries on a daily basis and snacked on junk food like Pringles, white bread and the occasional sausage or processed ham. Atan and her colleagues noted that when they examined the teen he was not considerably over or underweight, but he was low in B12 as well as some other important vitamins and minerals.

“He had blind spots right in the middle of his vision, that means he can’t drive and would find it really difficult to read, watch TV or discern faces,” Dr. Atan said. “He had lost minerals from his bone, which was really quite shocking for a boy of his age.”

The teenager is currently on vitamin supplements, but otherwise his daily diet remains the same. He agreed to have his case reported in the Annals of Internal Medicine to raise awareness about the importance of a balanced diet. Scientists warn that not a lot of people realise that a poor diet can severely and permanently damage the nervous system, particularly vision.