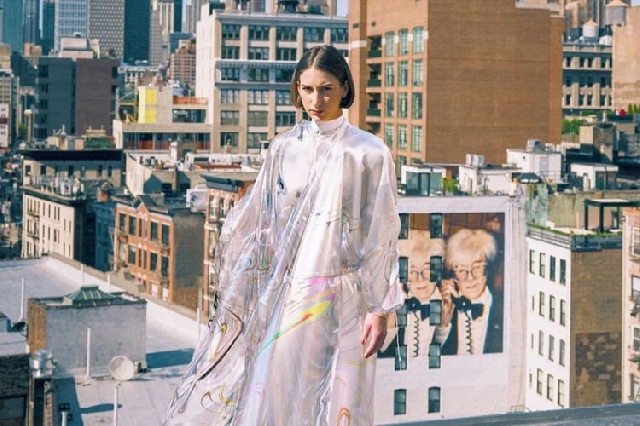 Earlier this year, San Francisco businessman Richard Ma spent $10,000 on a dress created by The Fabricant, the world’s first digital-only fashion house. The problem is that the dress didn’t really exist outside the digital world.

Digital-only clothes are so new that most people haven’t even heard about them, but some experts believe they will one day be a flourishing industry. But why would anyone be interested in fashionable garments that don’t exist in the physical world? If you can’t put them on and show them off, what’s the point? Well, that’s what makes them so interesting, you can actually put them on (sort of) and show them off on social media, in fact that’s actually their main purpose.

“Once the world got introduced to social media, clothing production increased massively. It’s all about ‘the fake reality’ – we have to understand that people are buying things to wear once and be pictured in, they never wear these clothes again,” Ronny Mikalsen, CEO of Scandinavian fashion brand Carlings, told Evening Standard.

Social media has created a serious sustainability crisis in the fashion industry, with popular brands like Zara taking just a few weeks to get new designs into production and keep up with demand from young consumers. That’s where digital fashion comes in. When you want to show off some cool new clothing, all you have to do is pay digital-only fashion houses to create something for you. They’ll layer it over one of your photos and make it look like you’re actually wearing it.

Iridescence, the $10,000 dress that The Fabricant created for Richard Ma’s wife, was silver and silky in its composition, and when it caught the light, it twinkled. It was just the kind of unique clothing you would want to show off. But digital fashion doesn’t have to be expensive. Carlings launched its own digital collection in October of last year, with items priced as low as $11. The whole collection sold out in just one week.

The interesting thing about digital clothing is that the price you pay per article only covers the cost of having it fitted to one picture. If you’d like to “wear” it in another photo, you have to pay an extra fee.

As crazy as paying for digital clothing sounds for most people, experts believe it will become big business in the not so distant future.

“This will never replace physical clothing. We will always need those items, but they’re not the items you want to express yourself, they don’t show the other side of your personality, which the younger generation are all keen to do,” Ronny Mikalsen said.