The people of Kraboa-Coaltar deserve chocolate, too 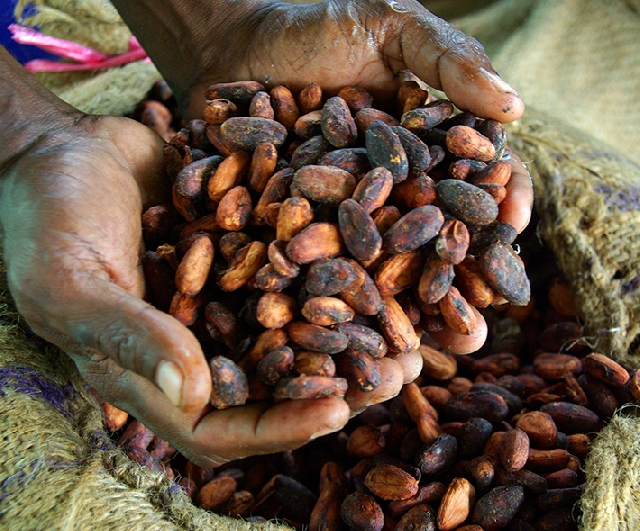 One hundred and forty-three years ago, a Ghanaian blacksmith carried home a tiny seed that would, unbeknownst to him, grow into a flourishing billion-dollar industry, striking roots globally.

As historical accounts have it, his profession took him to many places, one of them Fernando Po, now Bioko, in Equatorial Guinea. It was here that this blacksmith found a fascinating crop. Upon his return to his home country Ghana, he smuggled parts of the plant for experimentation purposes.

The foundation of Ghana’s cocoa sector is built on the incredible cleverness and risk appetite of Tetteh Quarshie, the son of a farmer. Most Ghanaians are familiar with his adventures, including the smuggling story. However, what many people do not know is that Quarshie failed in his first attempt at cocoa farming.

When he arrived back in Ghana, he planted the cocoa beans in Accra but had to deal with zero yield. It wasn’t until he tried again on his home farm in Mampong-Akwapim, in the Eastern region of Ghana, that his efforts proved successful. What is even more incredible is how, within a short time, he persuaded the people of Mampong-Akwapim to switch from staple crops to cocoa farming. He was successful to the extent that by 1891, 15 years after he imported the crop, Ghana started first exporting cocoa.

Now commercial cocoa farming in Ghana takes up over a million hectares of farmlands secure the livelihood of over 800,000 farmers, accounts for roughly 22% of global cocoa production, and remains one of the country’s economic pillars.

In February 2021, I visited Kraboa-Coaltar, a rural district in Eastern Ghana well-known for its considerable number of cocoa farmers, to get to the literal and biological roots of this amazing history.

It was an adventure into a part of Ghana where life is constantly lived on the edge. I toured mud houses with aluminium roofing sheets, which from a distance look like they will be blown away by a passing wind. Yet, they remain the home for successive generations. In the company of experienced farmers, I walked through thick forests to harvest cocoa, oranges, plantains, and cassavas whilst being serenaded with anecdotes of python encounters.

Equally fascinating was a resting point somewhere in the forest where sweet palm wine and akpeteshie (a local spirit, similar to vodka) are pressed and distilled. I was told the story of a young boy of about nine years who sneaks in occasionally to intoxicate himself until he passes out.

Kraboa-Coaltar, although lavish in greenery, flora and fauna, has serious infrastructure deficits. Perhaps this explains why the youth in the community are enchanted by the alluring scenes and sounds of Accra. I happened to hear a first-hand account of a young man who moved to Accra years ago to seek a better life. He is now a commercial trotro driver in the city. His goal is to upgrade his family status and dignity by moving his mother and other relatives from a mud house to a more fitting abode (he actually showed me the housing project he has started). I was inspired.

Over the years, Ghana has made billions of dollars from cocoa exports. But I have also read stories of how an equitable portion of this amount does not reach Ghanaian cocoa farmers. Many reasons have been given for this state of affairs. Ghana does not earn a good enough rate on the international market in the first place, and this has direct local implications for cocoa farmers. According to the Chief Executive Officer of Ghana Cocoa Board (regulator and sole legal buyer of all cocoa produced in Ghana), the country makes only $2 billion from a $100 billion chocolate industry although it provides over 20% of global cocoa production.

There are also structural impediments that put cocoa farmers at a disadvantage. Steps to improve the quality of life of rural cocoa farmers are slow, and way behind the pace with which we approve financial packages for top public office holders in the three arms of government. That Kraboa-Coaltar, with its 3,000 inhabitants, cannot boast of an accessible and functional clinic and other basic necessities is hard to bear. To access a hospital, Kraboa-Coaltarians need to ride motorbikes to Suhum.

And the least of them will have ever tasted one of the most popular end products of their toil – chocolate.

That the legacy of a blacksmith who founded an industry that contributes significantly to the country’s gross domestic product, is subjected to this blight, is a heartache.

The number of Ghanaian farmers in the sector does not justify the output we are getting. We have about 800,000 cocoa farmers yet we only produce less than 1 million tonnes. That means on average, each farmer produces less than one tonne per year. Persistent traditional farming methods perhaps account for this. It could also be that some farmers are diversifying and exploring other cash crops. Worse still, it could be that intended subsidies and incentives are not reaching these farmers. It is imperative that existing interventions are tracked and audited to ensure that they return to their intended objectives.

Over 90% of the $100 billion cocoa industry results from value addition, and not merely in the trading of raw cocoa beans. Ghana’s paltry 2% share of the industry will remain the same unless the government through COCOBOD backs its policy of increasing local processing of cocoa beans with decisive action. In fact, Ghana trails behind several non-producing countries in regards to the production and export of semi-processed cocoa products. After a century of cocoa production, this is shameful.

The frustrations of local processing companies in accessing cocoa beans from COCOBOD must be eased if we want to add value to our cocoa and yield greater dividends for the local economy. The value addition narrative must go beyond the cocoa bean to include cocoa pods as well. It is exciting to know that some entrepreneurs are exploring various scientific options to boost output levels and cut waste after harvest. Going forward, we also have to consider what use to put the pile of cocoa pods often left to rot.

Besides these, the roads which lead to the various cocoa villages should be as good as those which lead to COCOBOD headquarters. Or even better.

That way, Ghanaian cocoa farmers will finally get to taste the delicious end product of their crop: Chocolate, nourishment of gods.