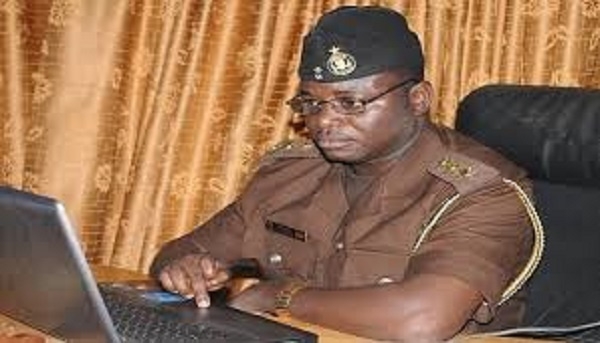 The Public Relations Officer of the Ghana Prisons Service (GPS), Chief Superintendent Courage Atsem has admitted that matters relating to contraband items in prison facilities are a major challenge to the service across the country.

According to the PRO, this is a challenge because of the lack of sophisticated devices to detect items that are concealed in the human system of visitors and prisoners themselves.

The PRO made this admission in an interview on Accra100.5FM’s morning show Ghana Yensom on Thursday, 11 November 2021 hosted by Kwame Appiah Kubi.

He maintained that the service is in dire need of some of these sophisticated gadgets such as body scanners among others to effectively police the system.

“We need scanners to conduct further searches on the human system at the prisons”, he said.

He said even though officers are always available to ensure some of these searches are done, the scanners will enhance that work and prevent some of these contrabands from entering the custody facilities.

“In spite of these challenges, our officers are vigilant at ensuring that some of these things are minimized at the custody facilities, as part of the officers' dynamic security duties”, he explained.

He said the use of mobile phones by inmates is a challenge to the service, adding that once people in custody get access to mobile phones, they can do anything with them.

“As a country, we need to procure some of these gadgets, as it will go a long way to help the system weed out some of these contraband items finding their ways into prison custody”.

He said Vice-president Dr. Mahamadu Bawumia while inaugurating the Board for the Prisons Service, promised to have it retooled.