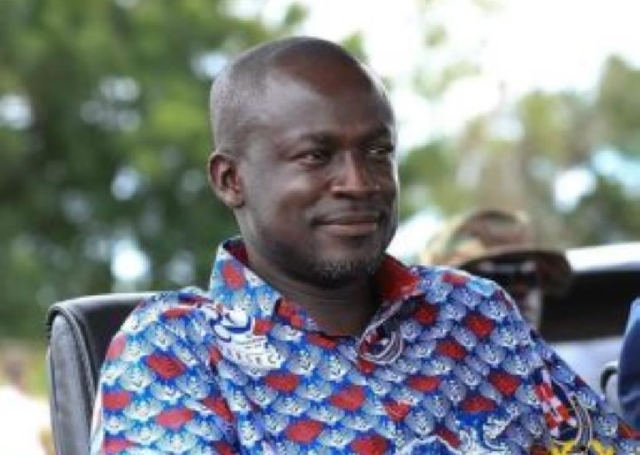 The Eugene Arhin Foundation has described as deceptive, publications that the presentation of outboard motors by the foundation to fisherfolk in the Awutu Senya East Constituency in the Central Region, was for free.

This laudable action must not be bastardised by some of these faceless groups in the area,” the foundation said in a statement in response to contrary claims by a local group.

“Can the so-called ‘Patriots of Awutu Senya’ show evidence of the said adverts which portrayed that the outboard motors were for free?” the statement quizzed.

“If they care to know, prior to the distribution of the outboard motors, a meeting was held with the fisherfolk and the modalities were established”.

“The fisherfolk knew the outboard motors were not for free but had been subsidised so they could afford it and use it for the purposes of fishing,” the statement signed by Mr Douglas Yawson, the Head of Communications for the Eugene Arhin Foundation and Team Eugene Arhin, clarified.

Below is the full statement of the foundation

RE: DON'T BRING THE DECEPTIVE STYLE OF NPP GOVERNMENT TO AWUTU SENYA WEST

The attention of the Eugene Arhin Foundation has been drawn to a publication by some unknown persons with regards to the laudable and unprecedented presentation of outboard motors made by the Foundation to fisherfolk in Senya Beraku.

As a Foundation with the main objective of creating opportunities for the constituents, we wish to respond to the said publication in extenso and seriatim with all intents and purposes without prejudice as follows:

1. The group’s name "Patriots of Awutu Senya West" is unknown to constituents of ASWC. Also, we urge the group, if it exists, to kindly come out to make the credibility of their existence known to the people with stipulated aims and objectives together with membership details, if they are in for the welfare of the Constituency.

2. We believe that, if for nothing at all, the content of this ill-agenda shouldn't be without first acknowledging the fact that the Eugene Arhin Foundation deserves applause for what it has done, what it is doing, and what it intends to do for the people in this short period of its operation;

3. "It was portrayed in the said adverts and by your team as if the outboard motors were for free so we showered praises on you...".

FACT: Can the so-called “Patriots of Awutu Senya” show evidence of the said adverts which portrayed that the outboard motors were free?

If they care to know, prior to the distribution of the outboard motors, a meeting was held with the fisherfolk and the modalities were established.

The fisherfolk knew the outboard motors were not for free, but had been subsidized so they could afford it and use it for the purposes of fishing.

FACT: It is simply pathetic that the group is speaking out of ignorance.

At least in the recent world of civilisation, courtesy demands that before you speak to any issues, you should have done due diligence to ascertain the details involved.

The Foundation made it clear to the beneficiaries earlier that the outboard motors were procured from the Coastal Development Authority (CODA), and was facilitated by the Eugene Arhin Foundation.

The steps to facilitate the acquisition of the said outboard motors for distribution was necessitated by a complaint from the Chief Fisherman (Apow Onipa), when Mr. Eugene Arhin had a meeting with the Senya Beraku Traditional Council. In his complaint, Apow Onipa said among others things that they had previously paid for outboard motors, but unfortunately, they could not obtain them. This touched the heart of Mr. Arhin deeply, the effect of which was the acquisition for distribution. To educate you, CODA neither gave them out for free nor on part payment terms.

The cost of the outboard motor on the market is GHS17,000. However, to cushion our fishing fathers in this regard, the Foundation pegged the price at GHS10,000, the modality of which was that they pay a deposit, and spread the balance on a maximum of 10 months installment. Again, this is public knowledge to the fisherfolk, and was said at the presentation ceremony. The outboard motors have not been given to the fisherfolk at a cost of GHS12,000 as it is being falsely peddled.

5. "How on earth will a director of communication for the president of Ghana, Eugene Arhin sent a signal to the outsiders that he is donating outboard motors freely yet sold each 40hps to these poor fisherfolks at GHS12,000. Something they used to buy wholly at c7000 through subsidization under previous regime?"

FACT: Like it has been explained above, the leaders of “Patriots of Awutu Senya” should take time to read and understand the entirety of this issue and come clear. Because they are simply beating about the bush. Again, can they furnish the general public with evidence of the current price of the said outboard motors to prove themselves worthy of attention?

6. "Well, we advise Mr Eugene Arhin not to be a wolf in sheep's clothing. Politics of lies and deceit should go with history."

FACT: Well, their piece of advice is considered valuable, but get it simplicita that, Mr Eugene Arhin never indulges in politics of deceit. He is a man of integrity, who does exactly what he says.

7. "In actual fact, it is not wrong to sell outboard motors to the fisher folks but to deceive the public that the motors are for free is unfortunate and leaves much to be desired."

FACT: The Group is completely entitled to its opinion in this matter. As explained above, nobody told the fishermen or the public that it was for free.

However, it was made known to them in no uncertain terms that the outboard motors were at subsidised cost. It is rather unfortunate you're propagating falsehood, and this, practically, leaves much to be desired, as true patriots.

8. "Information and evidence gathered also indicate that the outboard motors you sold are not meant for sea fishing but river fishing. Why would you do that Mr Eugene Arhin?"

FACT: It is said that ignorance is disease. Where did the group gather the pieces of information and evidence from?

They seem to be totally ignorant of the whole issue, and next time, in order not to expose their ignorance to the general public, they should do proper enquiries into the subject matter before coming out.

It is undeniable that the leadership of the Canoe Owners Association were first invited to inspect the machines, and upon their approval thereafter, the necessary steps were taken to get it for them.

The claim that the outboard motors are for “river fishing” and not for “sea fishing” is clearly a figment of the imagination of some deluded people;

9. "Liars do not last in what they do so Mr Eugene Arhin should eschew lies as practicable as possible. The good People of Awutu Senya deserve truth and good faith than populism."

FACT: Again, this word of advice is well regarded, but be cognised that, if there's any single truthful politician in Awutu Senya West Constituency presently, it is Mr Eugene Nenyi Kofi Bentum Arhin.

He promised to provide water to SENSEC, furnish the Senya Police Commander's Office, create employment opportunities into various institutions, pay school fees of the less privileged, build libraries, school desks, build new school blocks and renovate old ones, supply necessary items to the secretariat of the two Traditional Councils, et al, and he delivered accordingly. So, if there's anyone that needs this piece of advice, it certainly can't be Mr. Eugene Arhin. Additionally, the Chief Fisherman, at the presentation ceremony of outboard motors expressed his appreciation for the gesture undertaken by the Eugene Arhin Foundation.

Having addressed the content of their write-up accordingly, permit us to update them on the coming events under the auspices of Eugene Arhin Foundation. As soon as practicable, a lot more activities will be undertaken by the Foundation for the development of Awutu Senya West. These include:

1. The commissioning of the Eugene Arhin Library and ICT Centre at Awutu Breku.

2. The commissioning of the Police Commander’s Office at Senya Beraku.

3. The commissioning of the 3-unit classroom block at Obodakaba.

In conclusion, therefore, the Eugene Arhin Foundation hereby wish to inform the general public that it remains focused on delivering on its mandate, and will not be sidetracked by faceless and unknown persons, obviously shaking from the incursions made by the Foundation in so short a time.