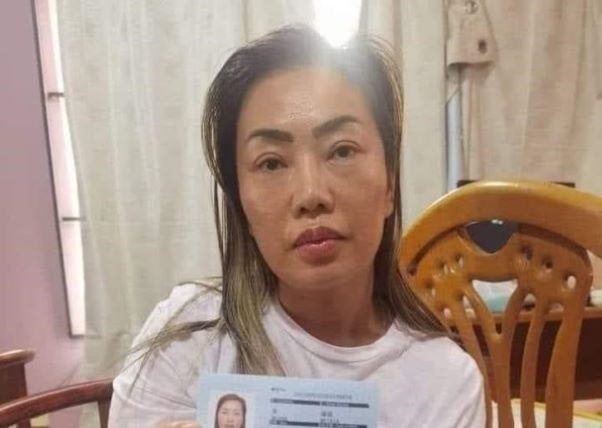 The Chinese woman was remanded on 2 September 2022 following her inability to respond to the charges preferred against her due to the absence of a Chinese interpreter during her first appearance in court.

Aisha Huang, also known as En Huang, is currently facing two fresh charges - mining without a licence and engaging in the sale and purchase of minerals without a valid licence.

She was arrested with three others: Johng Li Hua, Huang Jei and Huaid Hai Hun.

In May 2017, Aisha Huang became a household name for her notoriety in the galamsey business which gave her the nickname Galamsey Queen.

However, the government suddenly discontinued the case and deported her in December 2018.

She is believed to have returned to the country through the Togo border to engage in the same illegal business for which she was arrested and deported.

The Attorney General says she would be prosecuted for her previous and current crimes. 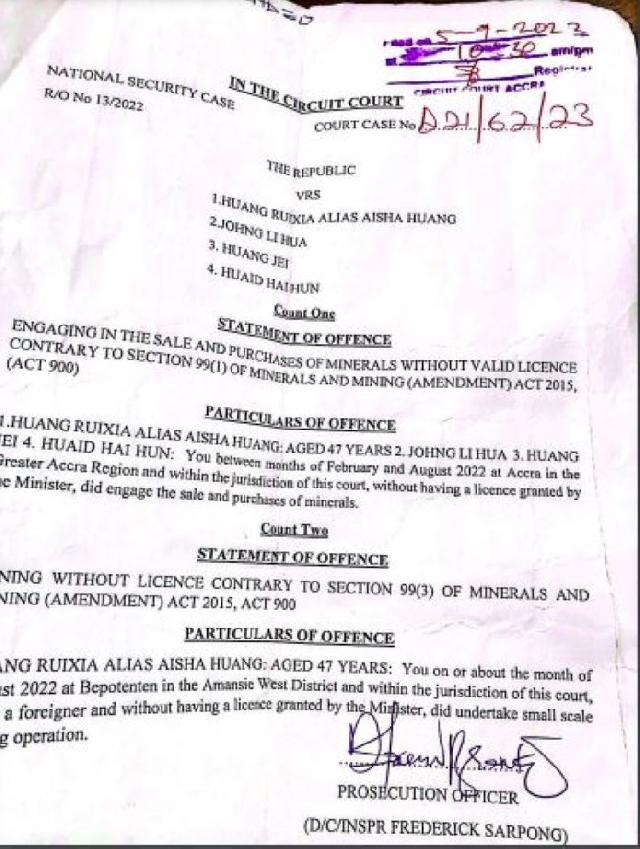 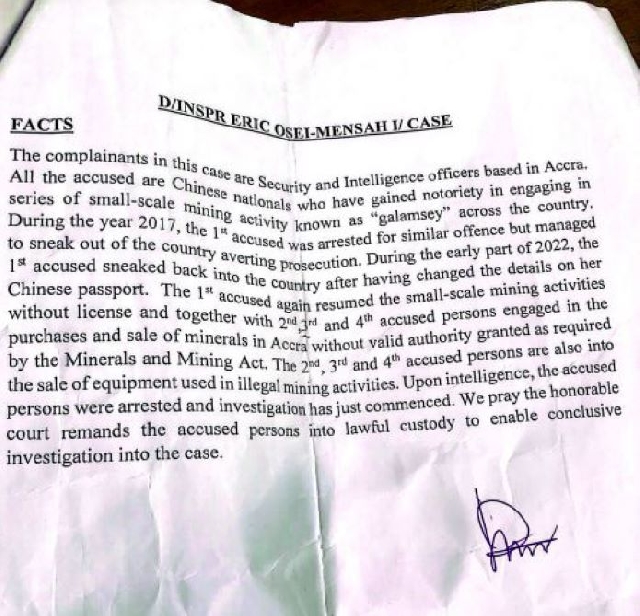 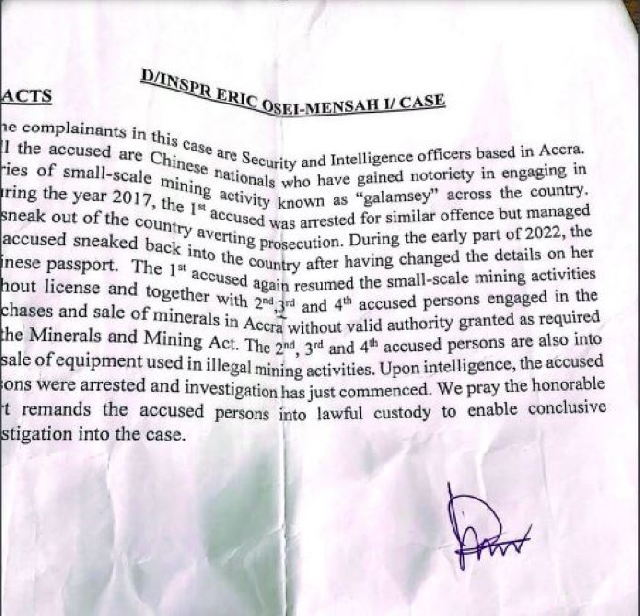