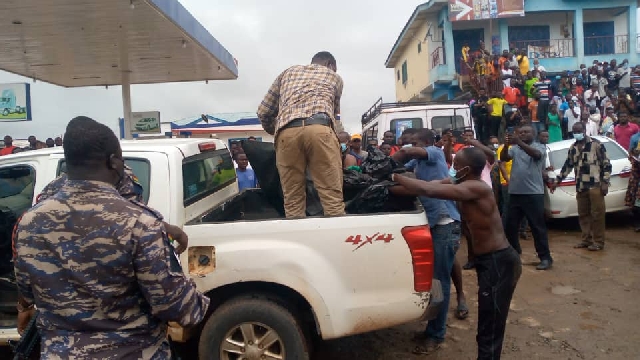 Police conveying the body to the morgue

A 25-year-old final year nursing student at Cape Coast has been killed and buried secretly by a Chief and a Pastor at Mankessim in the Mfantseman Municipality of the Central Region.

According to information gathered by Class news’ regional correspondent Nana Tawiah, the Chief who is the Tutuhene of Ekumfi Akwakrom and also President for the Mankessim Traders Association, together with the pastor kidnapped the nurse and after having had sex with her demanded ransom from the victim’s family. 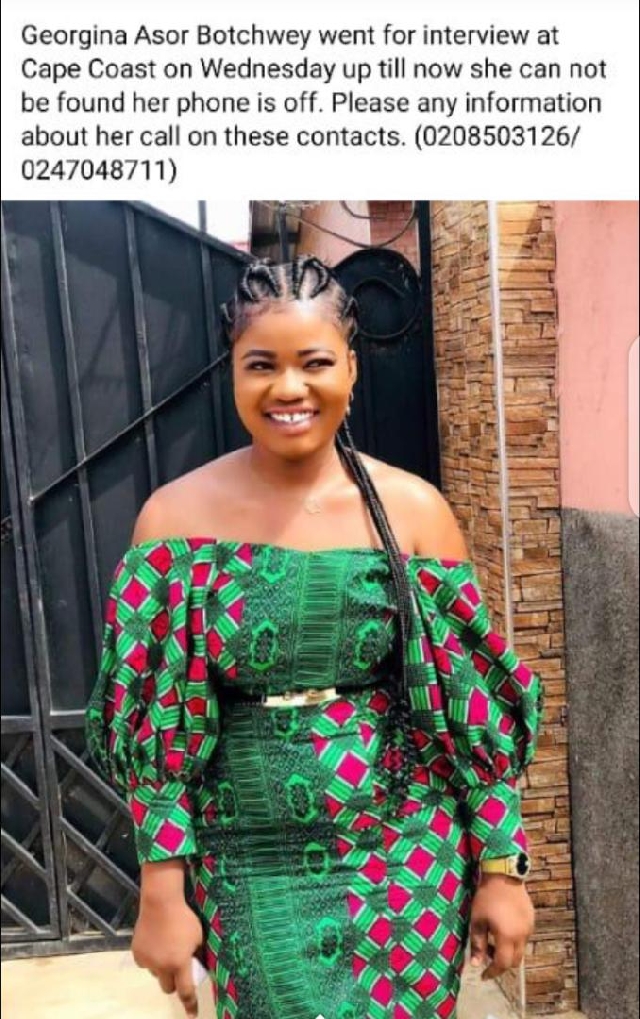 They later killed and secretly buried her in the chief's room and cemented the floor.

The body was buried about three weeks ago.

The pastor who confessed to the crime was arrested and led the Police to the chief’s house for the body to be exhumed.

The chief is on the run while residence have expressed shock and fear as news of the murder went viral.

Speaking in an interview, the Assembly Member for the area, Cephas Arthur, called on the Inspector General of Police to beef up security in Mankessim and its environs.

According to the Assemblyman, this is not the first time such an incident has happened in Mankessim this year.

He called on the law court to dealt with the Chief and Pastor.

The body of the victim has been deposited at the Cape Coast Teaching Hospital Mortuary for preservation and autopsy.